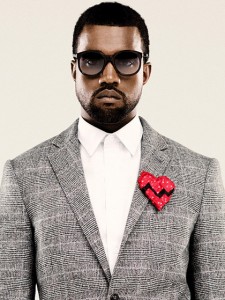 Kanye West went on a tweeting rampage early this morning to announce his newest business venture named DONDA, a design company  that would comprise 22 divisions and make “products and experiences that people want and can afford.” From the context of his tweets, it sounds like Kanye is trying to jump into a whole new world of innovation. So we have leads on a new solo album, a sequel to Watch the Throne, and now this. The year 2012 is starting to look like a special one simply because as you and I both know, Kanye doesn’t settle for anything less than success…

Check out some of his most notable recent tweets below:

“I have started a new company and I’m so excited about the name…. it’s got the best name ever of all companies of all time!!!….”

“We want to help simplify and aesthetically improve everything we see hear, touch, taste and feel. ..To      dream of, create, advertise and produce products driven equally by emotional want and utilitarian need.. To marry our wants and needs.”