Karmin Pulses Into the Scene

Eric Dowling
Mainstream Music, Music
Comments Off on Karmin Pulses Into the Scene 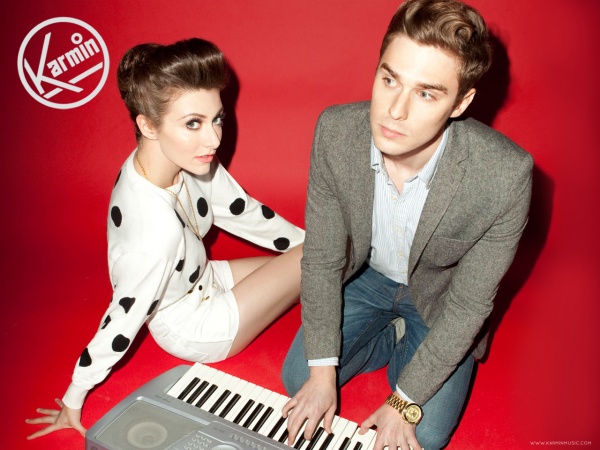 A few years ago, Amy Heidemann and Nick Noonan were merely Youtube cover artists, now a few years later the band is a tour de force of pop music. Amy has a very distinct sound to her, she has the ability to switch between rapping and singing in an almost seamless and flawless way. This distinct style of music really helps make Karmin stand out in the music world. Hitting it big on Youtube with covers of “Superbass” and “Look At Me Now”, the duo were so close to breaking out. With a little help from a Rolling Stone cover contest, Karmin made it to the mainstream, and have just released their first full length original studio album. The Youtube sensations created a lot of buzz with their visually stunning music videos and catchy songs, and are getting some serious attention and radio play. Their album Pulses has some incredibly catchy and fun songs on it.

On the album, Karmin shows their musical range, mixing up their musical backings from a piano, to full on Dub Step beat, to a guitar. Pulses shows how musically mature Karmin has become since those Youtube days, where Amy would sing/ rap and Nick would play the keyboard. For those that have been following Karmin since Youtube, you can really hear how far Amy has come vocally. She has always been a strong rapper, but her singing has improved so much since the beginning. This transformation makes Karmin one of the most exciting bands to watch for in the coming years, because they have so much potential to still work with. Starting off the album strong, Karmin’s first single is “Acapella” and it is a fun song where Amy sings about the perfect man that her father wants her to be with. Every lyric, every verse, show you how much fun Amy and Nick had while making this song, and it makes sense that this was the first single off of the record. As the album progress, Karmin drops a song that every college, and hard working person can relate to with “Night Like This” a song that celebrates those that work hard and want a fun night to forget about the “real world” and just have fun. With a fun beat, and Amy’s rapping and singing combination in full force in the song, it is one that will be played at many parties in 2014. Even when Nick comes into the song, it adds such a great contrast to Amy’s voice and it makes such a great song. Finally, the song “Gasoline” is another fun song on the record. With lyrics that show true passionate love, these are lyrics from people in love. The song is just a fun song, enough said.

Karmin have made it big, and this is their break-through into the pop world. The album has everything in it to make it a fantastic album and popular with the public. There are good beats, original style, and lyrics that are sung with meaning. All of these elements show how big Karmin has the potential to be. With a sound that is so distinct and original in 2014, the band should be commended for that.