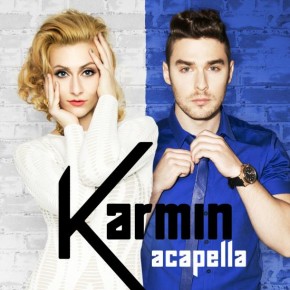 It seems like acapella groups are gaining popularity as fast as vampires and werewolves did after Twilight. Karmin’s taken a page from Pitch Perfect and  hopped on the “sans-instruments”- band wagon. Like literally ANYTHING else Karmin does… I love it. Amy Heidemann and Nick Noonan bring the Karmin-sound were used to, but this time there is minimal use of instruments. The sounds in this track are mostly all human made… from their mouths. Which is impressive in itself, and totally compliments Amy’s usual rap/singing style featured in the song. The only thing I dislike about this new release is that Amy is blonde. It’s a little aca-awkward. But as per usual I’m obsessed and this track only makes me more excited for their new album to drop this summer. Take a listen this metaphor-packed jam… it won’t be a hard pass.

Also I don’t apologize for all the Pitch Perfect references 🙂