Ken Jennings of “Jeopardy!” to Speak at Penn State University 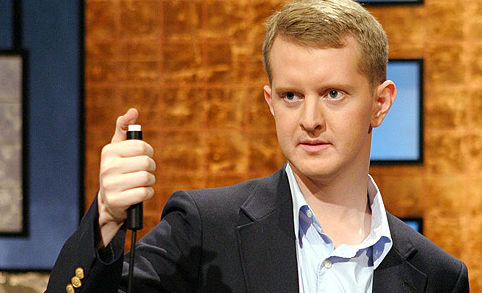 SPA’s Lecture Committee will host record-setting “Jeopardy!” winner Ken Jennings at 8 p.m. on Wednesday, April 11 in Heritage Hall. This event is free and ticketless. Entrance to the event will be on a first come, first serve basis.

Jennings, best known as the all-time “Jeopardy!” champion after winning 74 consecutive games, always had an interest in the show and the fun-facts. Growing up, his father was an attorney overseas for fifteen years. His only lifeline to American pop culture during those years was TV on the Armed Forces Network, where he watched “Jeopardy!” after school every afternoon. As a result, he became so intrigued by the idea and concept of “Jeopardy!” that in college he got involved as a captain of Brigham Young University’s academic competition team. The team consistently finished in the top ten at national quiz bowl tournaments. Through the connections Jennings had made through these quiz bowl tournaments, he began to see friends and acquaintances appear on game shows like “Who Wants to Be a Millionaire?” With this in mind, Jennings began to revive his childhood dream of appearing on “Jeopardy!” by applying. He was offered a spot on the show and his journey on “Jeopardy!” began in June 2004.

Since winning $2.52 million dollars on the game show in 2004, the streak made Jennings a TV folk hero. He made appearances as a guest on shows including “The Tonight Show,” “The Late Show with David Letterman,” “Good Morning America,” “Live with
Regis and Kelly” and “Sesame Street.” Barbara Walters also named Jennings one of “The Ten Most Fascinating People of the Year.”