Kendrick Lamar Amazes with “The Blacker the Berry”

Jack Zuckerman
Mainstream Music, Music
Comments Off on Kendrick Lamar Amazes with “The Blacker the Berry” 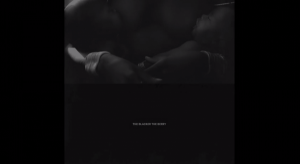 Oh Kendrick, how do you do it? While some diehard fans were somewhat displeased with Kendrick Lamar’s last release, “i”, the superstar rapper dissolved all doubts about his new album with his newest single, “The Blacker the Berry”.

As usual, Lamar delivers on all levels: lyricism, delivery, subject matter, beat, you name it. However this track doesn’t necessarily seem like it would fit on good kid, m.A.A.d city. On “Blacker the Berry”, Kendrick Lamar is more violent, more accusatory, and, most importantly, angrier.

The beat of this track perfectly matches the subject matter, an aspect that Kendrick has developed and perfected throughout his short career. From the beginning, the piano is eerie and the synthesizers are tension-filled, resonating almost like sirens. The drums are deep and commanding. The scene is set for Kendrick to work his magic.

While the beat of “Blacker the Berry” is fantastic, but the real showstopper is the lyrics. Kendrick starts his first verse (and every subsequent verse) with a striking claim: “I’m the biggest hypocrite of 2015”. From there, his lyricism is at its best as he growls heart-stopping line after line about racism, black pride, and an ambiguously blamed “you”. At times, Kendrick’s flow is so over-the-top that it seems like he is ranting rather than rhyming.

As if it couldn’t get any better, the last verse changes the message of the entire track, and possibly stands as one of Kendrick Lamar’s best verses of all time. When the beat virtually drops out, Kendrick states various black stereotypes, and claims that none of these matter if “Gang banging make me kill a n***a blacker than me”. Instead of blaming others for racially profiling blacks, Kendrick looks inward at his own community and claims that they support these stereotypes with violence that he illustriously described on his last album. Suddenly all of the aforementioned hypocrisy makes more sense.

Lamar doesn’t just impress with this track, he sets the bar. “Blacker the Berry” presents some of his most socially charged and emotional work yet, and subsequently, one of his best works of all time.

Ladies and gentlemen, King Kendrick is back. 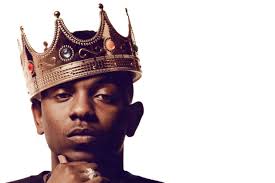