Lady GaGa and R.Kelly Get FREAKY on SNL

Courtney Neal
Mainstream Music
Comments Off on Lady GaGa and R.Kelly Get FREAKY on SNL 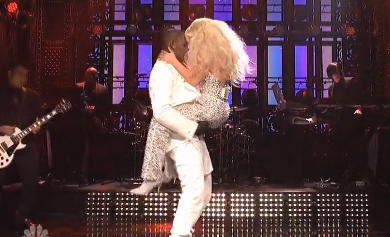 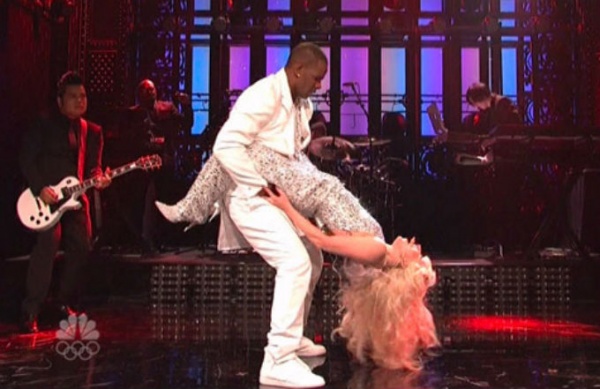 Okay, I’m sorry that I had to show ya’ll this but this was to… er, interesting… to pass up. So Lady Gaga preformed her latest song “Do What U Want” on last night’s Saturday Night Live. Well, it looks like she let R.Kelly do whatever he wanted to her body as the song suggests.

Gaga twitched and flung herself around the stage during the verse and chorus until R.Kelly came in to awkwardly sweep her off her feet… literally.  Gaga hung over his shoulder for a couple seconds until old man R.Kelly had had enough and put her down to only start rubbing on her butt. I must say, I was pretty disappointed by R.Kelly’s appearance. Aging is a natural thing but R.Kelly obviously doesn’t believe in aging gracefully. I mean, C’mon! His rhinestone Versace ensemble made him look like a bootleg Kanye West. I’m sorry R.Kelly, but you need to act your age!

Things began to get a little more creepy when R.Kelly handed off his microphone and sunglasses to some chick on the side. That was his way of telling us that sh*t was about to get REAL. Gaga laid down on her back as R.Kelly proceed to dry hump her, lick her neck, and perform other inappropriate and uncomfortable sexual simulations.

At the end, a tired and out of breath R.Kelly held on to Gaga tight as if he was telling her “Thank you for making me relevant again.”