DETAILS FOR Lady Gaga is coming to Penn State on March 2nd!

Lady Gaga is coming to Penn State on March 2nd!

Matt Andersen
Events
Comments Off on Lady Gaga is coming to Penn State on March 2nd! 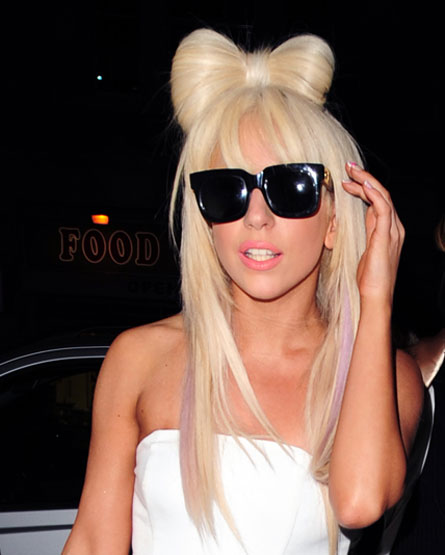 UPDATE: THIS HAS BEEN CANCELED! SEE HERE

Five-time Grammy award winner LADY GAGA and Live Nation Global Touring have announced a Saturday, March 2nd date, at 6:15PM at the Bryce Jordan Center as part of the North American leg of her The Born This Way Ball World Tour. Following overwhelming ticket sales and sold out shows throughout Europe, Australia, New Zealand and Asia, The Born This Way Ball will continue in 2013 visiting 25 cities in North America including performances in New York, Los Angeles, Chicago, Washington, D.C. and Toronto. In this brand new tour, Gaga performs her latest album, Born This Way, as well as music from both The Fame and The Fame Monster. The Born This Way Ball began in Seoul, South Korea earlier this year.

Pollstar’s 2012 mid-year report ranks The Born This Way Ball as the top grossing tour by any female artist worldwide this year. About the show, the Hong Kong Daily News wrote “Lady Gaga’s Born This Way Ball is effortlessly brilliant in both the visual and musical sense,” while Seoul Daily said that with her “splendid and unprecedented stage, she is the absolute queen of pop!” The UK’s Daily Telegraph called the Ball “quite spectacular,” while affirming that “Lady Gaga occupies pole position as the 21st century’s ultimate pop star.”

“The Haus of Gaga and I have worked for months conceiving a spectacular stage,” said Mother Monster. “THE BORN THIS WAY BALL is an Electro-Metal, Pop-Opera; the tale of the Beginning, the genesis of the Kingdom of Fame. How we were birthed and how we will die celebrating.”

The Born This Way Ball is Lady Gaga’s first tour since the release of her album, Born This Way, (Streamline/Konlive/Interscope), which has sold nearly 6 million copies worldwide since its release in May 2011. The album is the follow-up to back-to-back Grammy award-winning albums 2009’s The Fame Monster and 2008’s The Fame. Combined, The Fame and The Fame Monster have sold 15 million albums worldwide, while Lady Gaga’s hit singles have combined sales of over 90 million worldwide.

Gaga was named Forbes‘ Most Powerful Woman in the World 2011 and was included in Time‘s annual “The 2010 Time 100″ list of the most influential people in the world. With over 2.2 billion combined views of all her videos online, Lady Gaga is one of the biggest living people on Facebook with over 53 million ‘likes’ and is #1 on Twitter with nearly 30 million followers. She has also recently launched her own social network just for fans, LittleMonsters.com. Lady Gaga is the only artist in the digital era to top the 5 million sales mark with her first two hits.

Fans will have first access to ticket pre-sales via LittleMonsters.com on Monday, November 26th. To receive an access code for this exclusive pre-sale, sign up for free at LittleMonsters.com and RSVP to the concert that you wish to attend. There will be more information regarding ticket prices, plus a BJC Insider passcode coming soon.

The Born This Way Ball starring Lady Gaga is promoted world-wide by Live Nation Global Touring and brought to you by Skype.