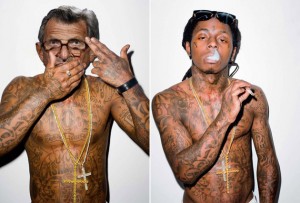 Lil Wayne will perform at the Bryce Jordan Center along with Nicki Minaj, Travis Barker, and Rick Ross in their ‘I am Music II’ tour.  Tickets go on sale starting February 4th at 10am.  There is a pre-sale at the HUB on February 3rd from 12pm to 3pm.  Lil Wayne will most likely come out on stage smoking an el and drinking a forty.  This concert may be the whitest crowd of people Lil Wayne has ever performed for.  Guys, make sure to break out your fake gold chains and your new era hats.  Ladies, you better break out those apple bottom jeans.  Lets make Lil Wayne feel welcomed.