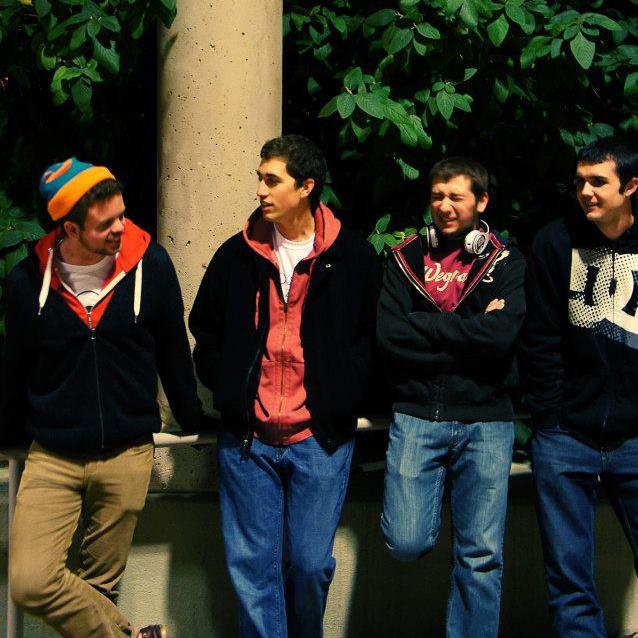 Kick off your week the RIGHT way: with a hefty dose of Naked Mondays! Penn State students Collin Edgar-Smith, Mick Hickman, Zane Matsko, and Nate Spilman make up Naked Mondays, the four-man band that’s ready to take over Penn State’s local music scene. Their current catalog flaunts a variety of covers and originals, showcasing different shades of hip-hop and indie rock. Their two organic productions, “Rattlesnake” and “To Say The Least,” are surprisingly strong records (and they’re only demos!).

“Rattlesnake” is a hazy cut of alt-rock, misty guitars drifting across the percussion. A drumbeat shakes and slithers as Matsko and Spilman trade off on vocals, depicting a manipulative female who, in their eyes, is akin to a rattlesnake. There are spurts of fun lyricism scattered throughout the track, such as the line “you’re playing me like a song.” The song picks up the tempo towards its final minutes, and the plunking electric guitar closes out the track solidly with an effervescent indie-rock vibe.

Nate Spilman takes the helm of “To Say The Least,” his voice rising above the murky instrumentation. The track flows with a kind of a slow, calculated groove, while Spilman contemplates the motives of a sultry vixen. There’s a bit of grungy rock intertwined throughout “To Say The Least,” particularly in the initial refrain, “I’m entertained…to say the least.” There’s also a definite hint of Weezer in the track, especially when Spilman’s voice rises in the bridge, crying “I don’t know!””