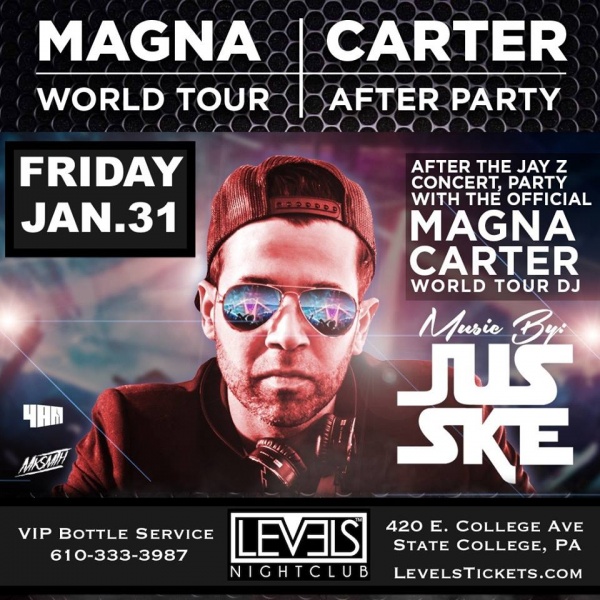 Levels has done it again! After putting together incredible concerts and events all semester, they’re starting to announce their plans for the coming semester. A sure to be huge event that they just announced is the official after party for the Jay Z concert at BJC. The after party will be hosted by the Magna Carter World Tour official DJ Jus Ske. With Hov’s stop at the BJC currently slated as the last stop on the tour, this after party is guaranteed to throw down. The event is 21+, so head over to the event page to grab tickets and don’t miss out on this crazy night.