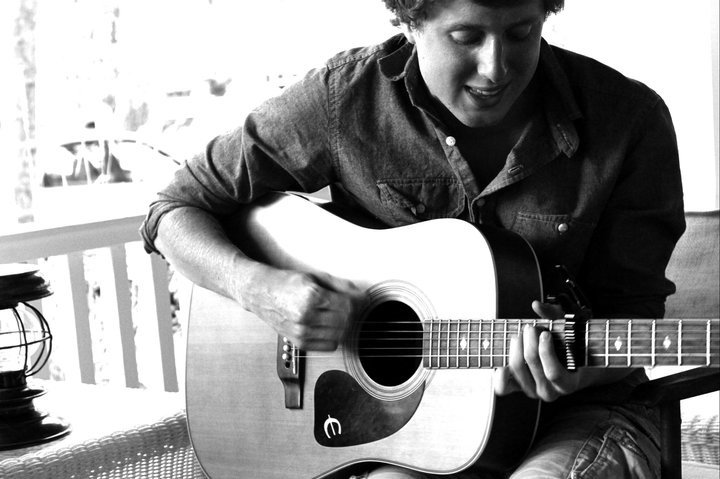 Last week, Songwriter’s Club (SWC) elected its leadership officers. Next year’s president, Ryan Fox answered a few of State in the Real’s questions. Here’s what he had to say about his plans for next year:

SITR: When did you join SWC and why?
Ryan: I joined SWC at the being of my first semester. Like most of the people in the club, I was just a freshman with a guitar that wanted to meet musicians and play some music.
SITR: What’s your musical background?
Ryan: I’ve played guitar for 6 years now, dabbling in the styles of Jimi Hendrix and B.B. King on electric guitar and the styles of many singer/songwriters on acoustic guitar. My younger brother back at home is a killer drummer so through jamming together we became addicted to the art of music. I started singing a few years ago too. Once I was able to sing and play guitar at the same time, that’s when many original songs started to be cranked out.

SITR: What does SWC mean to you?
Ryan: This club means three things to me. It’s a release from the stress and pressure of school, a platform to showcase original songs and get feedback, and it’s a way to improve your skills as a musician and songwriter.
SITR: Why did you run for SWC president?
Ryan: Ever since I joined the club, I wanted help in bringing the musicians and songwriters of Penn State together so they can collaborate and get their songs out there. This was the foundation that Brian Walker, the club’s creator, built SWC on. By watching the club function over the past 2 years, I’ve taken note of what works and what doesn’t. I thought by having a member’s perspective on things as compared to a member on the executive board, I could put my own spin on how the club should operate.

SITR: What do you plan on changing next year?
Ryan: I would really like to network/plan more events with SOMA, Asylum, Guitar Club, and any other music clubs out there. We are all musicians, songwriters, or people who appreciate music in one way or another, so why not collaborate and share what we got? This year, I started Penn State Music Underground, which is a Facebook group that aims at doing this. Musicians all of genres post songs they enjoy, covers, or upcoming music events around the area. Hopefully, SWC can embody this and make it come to life through interactions and networking with clubs around campus. As well, club meeting are going to run a little differently. Instead of running a meeting by simply notifying members of upcoming events, there will be much more interaction by and between members of the club. Workshops that aim at improving the songwriting abilities and musicianship of members will take place throughout the year. The goal is that by the end of year, members will have gained a tightly knit group of musicians/friends to jam with as well as have learned how to write better songs.
SITR: What kinds of events can the Penn State community look out for next year?
Ryan: I’m hoping a lot of things! I would really like to have two open mics a month maybe one in Waring Commons in West and the other on Nacho Night in East. Who knows though. Earlier this year Kildare’s hosts an open mic every week, which was awesome, so maybe SWC will find a home downtown to host some open mics. Also, you’ll be seeing more benefit/awareness concerts around campus; a message with music behind it is more powerful than you would think. Keep your eyes open for some other special songwriter sponsored events too.