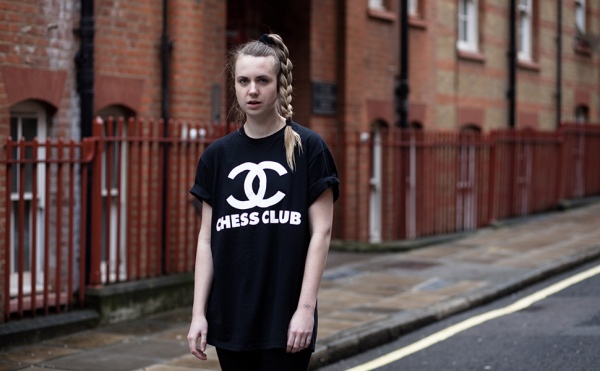 Karen Marie Ørsted, or as she is known by her stage name, MØ, released her debut album, No Mythologies to Follow. Rocking the popular trend of electronic beats paired with fantastic vocals, MØ is demanding attention right away. The first track opens with such a theatrical and modern open. “Fire Rides” showcases her talents. The album has such a familiar feel to it, sporting a sound similar to EMA, Diplo (who guests on a track), Grimes, and even some Charli XCX. The whole album is kind of like that person you see at a party who looks so familiar to you, but you have never met them before and they are like the most interesting person at the party. No Mythologies to Follow also boats world influences, from Caribbean sounds to distant Icelandic sounds (see Sigur Rós). MØ’s beats and sound shouldn’t be the only thing that you focus on when listening because her voice is so haunting. On some songs you can hear the pain in what she is singing about, and on others you can hear her strength as if she overcame something difficult in her life.

The album definitely has some songs that rise out of the pack, but it is definitely recommend to listen to it as a whole, cohesive album first. “Maiden,” “Don’t Wanna Dance,” and “XXX 88 (feat. Diplo)” are all standouts. “Maiden” combines summer sounds of the Caribbean islands with MØ’s unique vocals. It is the second song on the record, and shows the listener that MØ means business and her sound is something to take seriously, and that its not a carbon copy of Ellie Goulding or other popular female artists making similar music. You hear MØ labor through the verses to show the emotion felt in the song. In “Don’t Wanna Dance” she kicks up the tempo a bit and keeps the beginning simple and lets her vocals star in the song. The chorus celebrates MØ being her own person, sort of an updated version of “Dance to the beat of your own drummer.” Her vocals on the track are so upbeat and happy, which seem to hammer home the message of “Be your own person” and “Don’t be a follower.” Finally, in “XXX 88” MØ brings out electronic music’s equivalent of Pharrell, Diplo, a producer/ DJ  (also a part of Major Lazer) who makes minimal sounds the life of the party and puts such a high energy to every song he is apart of. The Diplo beat, paired with MØ’s vocals combine for something really special. It showcases the talent that MØ has to offer and her sound even more powerful.

As a whole, the album is truly a testament to the changing style of music, and a meshing of musical genres. Combining electronic beats with simple pop/easy listening vocals, MØ blends the two styles seamlessly, and the album varies in emotion, ranging from soul wrenching ballads to songs that celebrate individuality. MØ is one to keep on your radar, and could potentially blow up across the globe, and since she has Diplo on her side, the transition to globe conquerer should be in a matter of time.