More Than Just a Feature: Listen to "Youth" by Foxes

Chris Will
Mainstream Music, Music
Comments Off on More Than Just a Feature: Listen to "Youth" by Foxes 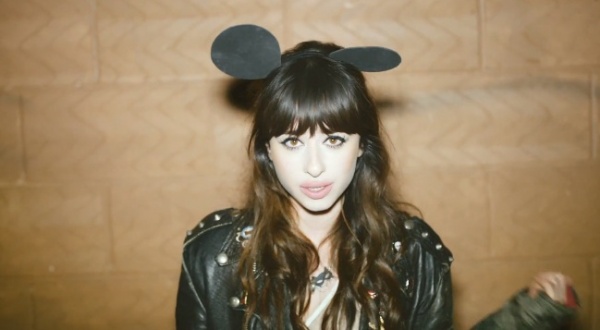 Foxes’ fans everywhere are finally breathing in relief, and not because she’s a featured vocalist from a top 10 dance-pop track. It’s because “Youth,” a song Louisa Rose Allen originally debuted over a year prior, is finally getting its due time with a major label release and a kick-ass video to boot. Though it’s a bit of a shift from Foxes’ previous indie-pop records, “Youth” is absolutely spellbinding and gripping in every turn. And it’s not so much about the fact that Foxes is writing a song about young people being young. God knows that’s been done before. In fact, so many different versions of “let 20-somethings and teenagers be free and kind of upset because they just want to be loved OK!?” run amuck on the radio that it’s hard to lift a finger without bumping into one. It’s what lies in between the cracks of the generic theme that sets it apart; it’s what’s buried beneath our expectations of boring camp when we see that the singer from “Clarity” has a single out called…sigh… “Youth.”

So what does that mean? It means that though “Youth” is about, for lack of better term, youth, it’s written and composed to a point that it shines as bright as the sun. It comes out into the ring swinging hard, as the sweltering electronic flame burns under Foxes’ prophetic chirp. “They didn’t want me when I was running wild, dragons breathing fire in the backyard at night.” Does that lyric make you scratch your head and ponder, and not in the “We Can’t Stop” way? Good. It should, that means it’s actually well written.

In fact, the entire song is more than about just being between the ages of 15 and 25. It’s about finding that moment where you feel energized and empowered by your age and inexperience. It’s about reaching that apex where chaos intertwines with a kind of concrete spiritually that only those feeling young and lost can feel, a kind of eternal power that reaches into the luminous night sky. It’s when you have a drink in your hand and you’re seeing the spark of life in the eyes of your friends around you, and then suddenly you all become immersed in the wild essence of what you are. And then the night truly comes alive, like when the song’s electro-pop chorus bows out to the beautifully riotous bridge, drums thundering to the ground as the whistling synthesizer sings wordlessly, rapturously, capturing the “thousand dreams” that Foxes lets float across the instrumental landscape. And in the end, you realize that whether you’re 16 or 24, this isn’t the end of living and learning and loving, and it really, truly has “only just begun.”

This is what sets the song apart from its siblings that share the same theme. Foxes doesn’t just make a single about being young, or trying to be young, she makes a musical experience, a pop cut so masterful it’s as visually stimulating as it is melodiously breathtaking.