Movin' On Battle of the Bands Blunder 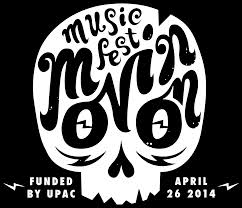 At last night’s Movin’ On Battle of the Bands, many local bands came out to battle it out for a spot supporting on the Movin’ On stage, but were unprepared for what was about to come. The show was a success, with the exception, however, of one major failure on the part of Movin’ On. At the end of the show, Movin’ On announced that Lenina Crowne was the lone winner, which we have already reported on. However, what most attendees, including the judges and the Movin’ On committee members themselves, were confused about was that, just like in years past, the bands were competing for two (2) spots to perform on the stage at Movin’ On later this spring.

It was even announced at the beginning of the competition that there would be two winners. So, needless to say, everyone was quite surprised and confused at the last minute when only one winner was announced. Many people, including bands members, friends of the band and fans, were waiting around awkwardly after Lenina Crowne’s win was announced to hear who would be announced as the second place winner, but once the announcer left the stage and the lights came on, that’s when everyone realized that there would be no second winner.

This is when things took a turn. People were outraged. There was hushed chatter and anger spreading throughout Alumni Hall. The judges were verbally attacked until they explained that they were just as confused as the crowd was. The confusion then continued as the committee members were questioned. When they failed to present any kind of explanation, the Movin’ On Overall Director stepped forward.

While standing behind his velvet rope, he finally confirmed that there would be only one winner of the battle this year. With more questioning, we discovered that he had known about this fact for more than a week and that he thought that he had communicated it to his committee members. However, this is where he tragically failed; they knew nothing of the sort and neither did any of the band member or fans. He made no effort to remedy the situation nor did he immediately apologize to the bands and fans waiting for a formal statement.

Whomever second place was will now not be able to reap the well-deserved benefits that come along with performing and ultimately winning the Battle. The bands don’t do this competition simply for the glory of winning; they do it so they can get their name out there and gain a fan base. To ignore second place’s talents altogether this year, without so much as an honorable mention, is both ridiculous and wrong.

This whole situation is a result of an absolutely horrible lack of communication on Movin’ On’s part. To not even inform your judges, let alone the bands of the change is downright unacceptable. So we write this article to represent the people. This is a call to action. What should be done to remedy the offence that has taken place? Maybe they should announce a second winner? Maybe they should give them all access passes to Movin’ On? Maybe they should have them on stage and announce them as an honorable mention? We don’t have all the answers but  this is wrong and something needs to be done to fix the situation on the part of Movin’ On.

Once again, we would like to congratulate our dear friends in Lenina Crown for their great win last night at the Movin’ On Battle of the Bands. You guys deserve it and we can’t wait to see you on the Movin’ On stage! 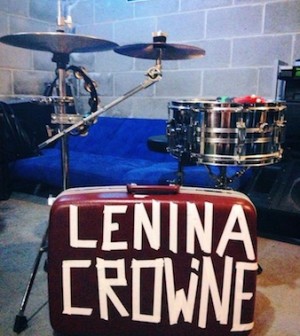