DETAILS FOR Movin' On – featuring Lupe Fiasco and O.A.R.

Chris
Events
Comments Off on Movin' On – featuring Lupe Fiasco and O.A.R.

The 2011 Movin’ On CORE Committee is pleased to announce the much anticipated headliners for this year’s spring music festival. After months of student survey campaigns, budget meetings and contract negotiations, the Executive Committee has verified the top three acts scheduled to perform at the April 29th concert.

The free festival will be headlined by the rock sensation O.A.R., with hip-hop artist Lupe Fiasco and country group Little Big Town as openers. This is the first time Movin’ On has featured three different genres as headliners and the first festival to feature a country act.

The bands were selected based on results from the Google surveys provided by the CORE Committee, budget range, and band availability. The complete lineup will be determined concluding the Battle of the Bands competition for student acts, scheduled for this Saturday, March 19th at 9:00 pm in Alumni Hall.

This year’s Movin’ On music festival will be held on Friday, April 29th from 3:30pm at IM Field West by Beaver Stadium and is free admission for both Penn State students and the general public. More information regarding acts and activities will be released as the event approaches. The final itinerary for the day’s performances and events will be available at www.movinon.org.

The Movin’ On CORE Committee hosted their annual Battle of the Bands competition in Alumni Hall Saturday night for student bands. The bands competed for the opportunity to open for this year’s headliners at the Movin’ On festival.

The twelve bands selected by the CORE committee performed in front of over 600 students Saturday night to win the chance to open for headliners Little Big Town, Lupe Fiasco, and O.A.R. Among the twelve bands, four were selected by special guests judges to play at this year’s Movin’ On Festival, scheduled for Friday, April 29th.

The top four bands selected by judges were So Long, Pluto in fourth, Atlas Soundtrack in third, The Zak Sobel Band in second, and 5 Cherry Lewis in first.  The bands were judged based on originality, musicality, audience response, and overall stage presence. The judges for Battle were Blue Band Drum Major Ian Kenney, Glide Magazine music journalist Nick Gunther, B94.5 interns, and one student judge.

The set lineup for Movin’ On 2011 will open with So Long, Pluto, Atlas Soundtrack, The Zak Sobel Band, 5 Cherry Lewis, a fourth paid act still TBD, Little Big Town, Lupe Fiasco, and O.A.R. The fourth paid act will be determined over the next few days by the Movin’ On Executive Committee.

So Long, Pluto no longer to play at Movin’ On

Due to prior commitments, the student band So Long, Pluto will no longer be performing at this year’s Movin’ On music festival. Initially selected to kickoff the concert at the March 19th Battle of the Bands, So Long, Pluto will be replaced with the 5th place act The Good News.

Mates of State to play at Movin’ On

The Movin’ On Board of Directors has announced the fourth paid act to play at next weekend’s Movin’ On music festival. Joining O.A.R., Lupe Fiasco, and Little Big Town will be Indie group Mates of State.

With The Good News filling in, the set line-up and tentative schedule for the April 29th music festival will be as follows:

More information regarding event details can be found at www.movinon.org 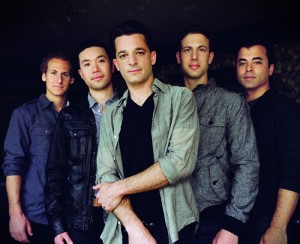 O.A.R. first began to develop their unique sound in drummer Chris Culos’s basement while in high school in Rockville, Maryland.  The band released their first album, The Wanderer, prior to graduating and stayed together throughout college with all members attending The Ohio State University.  Recording two additional albums before leaving Columbus, the band began pursuing their musical dreams full time in the summer of 2001.  By the end of 2008, the band had released six studio albums and three live double disc CDs.

To date O.A.R. has sold more than 1.7 Million albums and 1.5 Million concert tickets, including two sold-out shows at Madison Square Garden.  With the release of their sixth studio album, All Sides, O.A.R. reached several career milestones.  The album was their highest debut to date, landing at #13 on the Billboard 200, and the album’s first single, “Shattered,” was the band’s first single to be certified Platinum by the RIAA and spent fifteen weeks on VH1’s Top 20 Countdown.  O.A.R. continues to tour throughout the country and they are currently in the studio working on their next studio release.

For more information about O.A.R., go to www.ofarevolution.com. 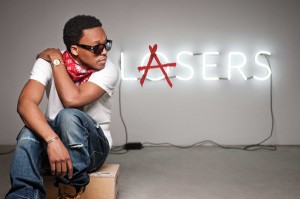 Check out the Facebook event page for more info.