DETAILS FOR National Touring DJ ‘Highnoone’ To Appear At Indigo

Chris Will
Events, Music
Comments Off on National Touring DJ ‘Highnoone’ To Appear At Indigo 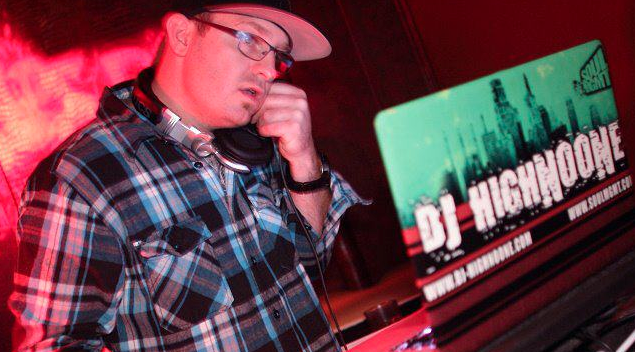 For nearly a decade, Brandon Noone, a.k.a. “DJ Highnoone” has been mixing some of the most paramount mixes to hit the Midwest – and he is comparatively one of the best in the area. He plays an amazingly eclectic mix of music and beats of yesterday and today and it is obvious that Highnoone does his homework. He spins with the greatest of ease and the swarm of club goers only reflects his ability as a true mix master. Under his belt, Highnoone carries an array of experience.  He has worked as the official DJ for Kansas City’s MLS soccer team, the KC Wizards and held a two-and-a-half year sponsorship from Go Fast Energy Drink , Ciroc Vodka.  Highnoone also earned the opportunity to DJ for Two of MTV’s “True Life Stories” parties. Noone has been a resident DJ all over the Kansas City area, including clubs like Blonde,  Raoul’s Velvet Room, Aura, Mosaic. He also held down a resident spot at Club  Indigo in Wichita, Kansas for 4 Yrs and at Smashboxx in Scottsdale Arizona for 6 months. His borders do not stop in Kansas or Missouri. He appears nationwide as a guest DJ, more recently in: Las Vegas, San Diego, L.A, Miami,Denver, Chicago, Scottsdale, Albuquerque and Seattle.

Noone has had the opportunity to share the stage with numerous top DJ’s and Artist such as DJ’s Scene, Fashion, Scooter, OB1, Nathan Scott, Dj 2nd Nature, 311, Sublime and many more. With these influences and a vast spectrum of experience, it is no wonder that DJ Highnoone has quickly become one of KC’s top turntablists, touring djs. Highnoone is one of the most sought after Djs in the Midwest, he aims to please and will not disappoint. Dj Highnoone is ready to bring his innovative sound and style to your city.”

Check out Highnoone’s website at www.dj-highnoone.com for mp3’s, photos and more!