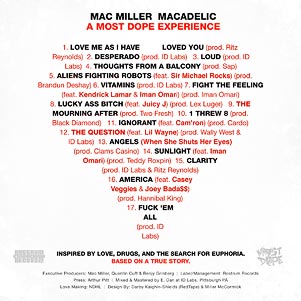 Well, Mac Miller has done it again! Late last week Mac dropped his latest mixtape, surprisingly close to Wiz Khalifa’s “Taylor Allderdice”, and as usual he did not disappoint!  This Pittsburgh duo has been taking over the “Party” rap scene, and really opening the doors for others coming out of the Steel City, especially our dudes Crystal Seth and Devin Miles!  Give this track a listen and FREE download, and enjoy a nice #MacadelicMonday