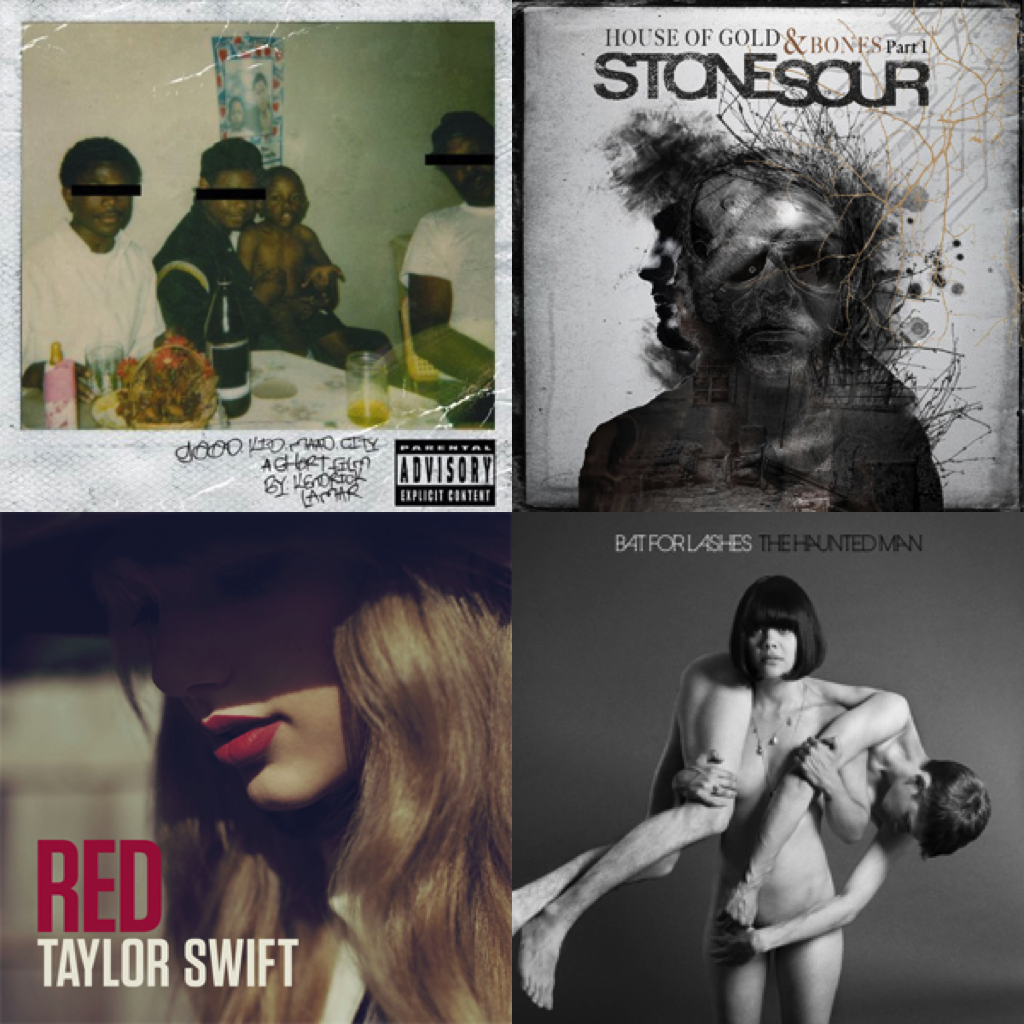 Happy Tuesday! Some big news in the music world: big album releases, as well as one of our very own team members releasing his album onto iTunes!  Get the lowdown on today’s music throw-down as you read ahead!

Get your hairbrush microphones ready girls (and boys, if that’s what you fancy), Taylor Swift just released Red, her fourth studio album. In true Swift fashion, the songs are already getting stuck in peoples heads. The first single from this album, “We are Never Ever Getting Back Together” is already being shouted from windows all over downtown, so it’s clear that this record breaking singer-songwriter shows no signs of slowing down her career. Taylor Swift’s staple angry break up/ sappy love songs are getting a make over with new producers, and even some features such as Ed Sheeran. We even see Taylor dabbling in some different genres in a few of her new songs. This album shows definite growth in Swift’s songwriting abilities, and is definitely worth checking out.

This is the debut major label studio album for hip-hop artist Kendrick Lamar. This artist gained a large following with his previously released mix tapes, which he independently produced himself. He has gained a large internet following through his collaborations with big names such as Drake, Lil Wayne and Busta Rhymes. This artist has also received shout outs from icons such as Lady Gaga, when she tweeted about one of his tracks that she collaborated with Lamar on. This up and coming hip hop artist’s album is definitely worth listening to especially if you are a Tupac fan. Lamar was quoted stating that Tupac was one of the biggest influences on not only his music, but every aspect of his life.

Stone Sour is starting a two-part concept album journey by releasing their fourth studio album House of Gold & Bones – Part 1 today. This alternative metal band has been around since the early nineties with several hiatuses in between album releases. But this two-part concept album should keep fans happy with the promise of two albums coming out right after one another. This album has been receiving rave reviews and should prove to be a definite must-have for long time fans.

Bat for Lashes – The Haunted Man

Natasha Khan, an English-Pakistani singer songwriter is releasing her third studio album today under her stage name “Bats for Lashes”. The album was given much attention when the lead single “Laura” landed well in UK charts over the summer. For those unfamiliar with this starlet, her music can be classified under a vast description from “Indie pop” to “folktronica”. This album has also received rave reviews and is definitely worth checking out if you are currently craving a new female singer songwriter to explore.

Zane Matsko released his album to the public about a month ago and received rave reviews from SITR. Today Zane’s album is available to purchase on iTunes! If you haven’t already heard it, definitely give it a listen. The review for the album can also be found here. Check out Zane’s cover of Ed Sheeran’s One Night, which just recently hit 1,000 views. Follow this hyperlink to see Zane’s album on iTunes!