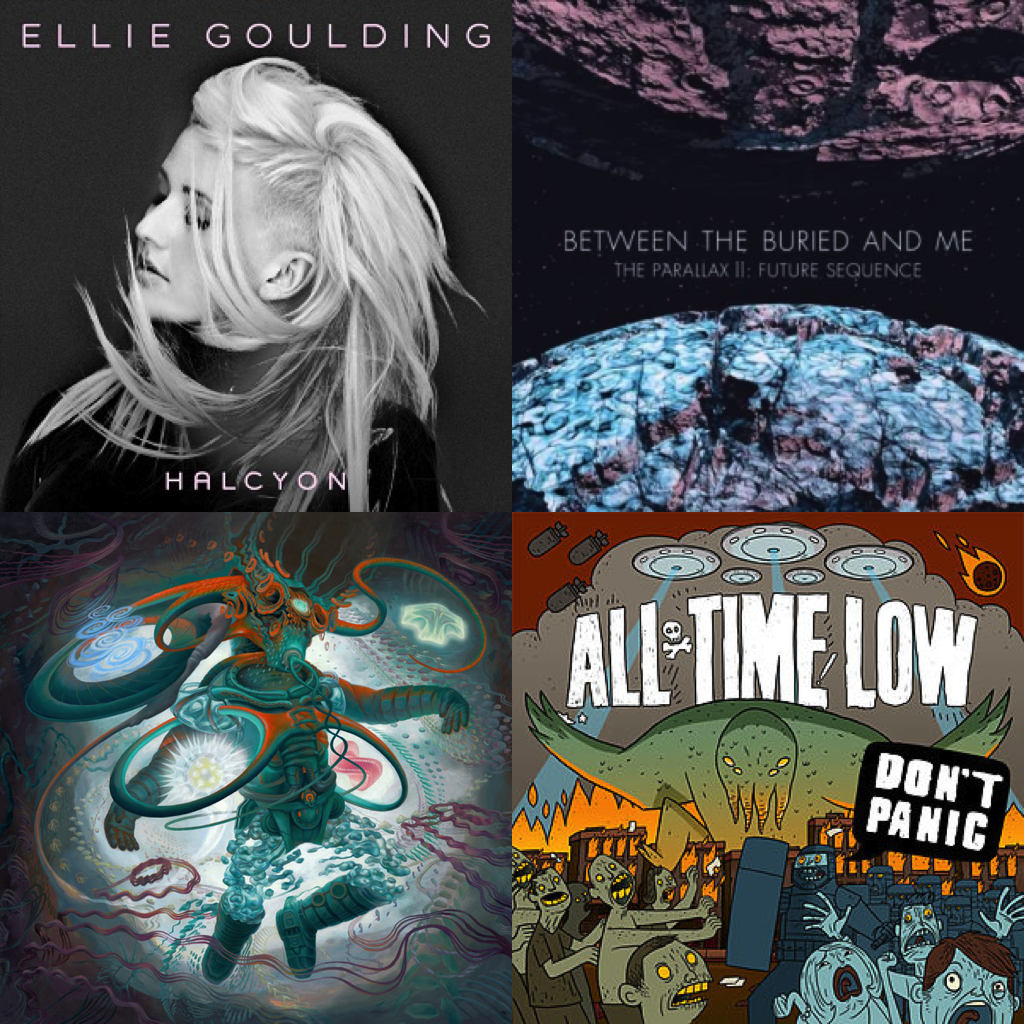 It’s Tuesday again! New albums dropped today in various genres, so read on and see what flavor you like today!

This british singer songwriter is releasing her 2nd studio album today to follow up the success of her debut album Lights. Ellie started out taking the UK by storm in 2010 with her cover of Elton John’s “Your Song”. Ellie’s claim to fame in the US came with her electro-pop song “Lights”, which reflects more of what Halycon has in store for fans. This album’s single “Anything Could Happen” showcases this young starlet’s talent and the music video proves that Ellie can pull off anything…. even a nosebleed.

Alternative Press has given All Time Low’s 5th studio album 4 out of 5 stars, and pop-punk fans everywhere are already raving about it. Formed in 2003 as a high school band out of the suburbs of Baltimore, All Time Low hit it big just as the pop-punk craze swept the nation. They have kept their loyal fans entranced with every album they’ve released, and Don’t Panic is no exception.

Coheed and Cambria – The Afterman: Ascension

Coheed and Cambria have added another chapter in their storyline “The Amory Wars”, as they release their 6th studio album today. This progressive rock band’s albums are all concept albums that tell a science fiction story, where the two protagonists are suitably named “Coheed” and “Cambria”. This particular album is actually the first part of what will be a double album with “The Afterman: Descension”, which will be released sometime in 2013. Longtime fans are expected to devour this album and should consider purchasing the deluxe edition which comes with a “coffee table” book which gives fans a song-by-song experience of this album’s story line.

Between the Buried & Me – Parallax II: Future Sequence

For all the metal fans out there, we have a treat for you today too. Between the Buried & Me released their 5th studio album today as a continuation of the band’s 2011 EP titled Parallax: Hypersleep Dialogues.  The album has already received high honors across the board from metal blogs including Loudwire and Sputnikmusic.