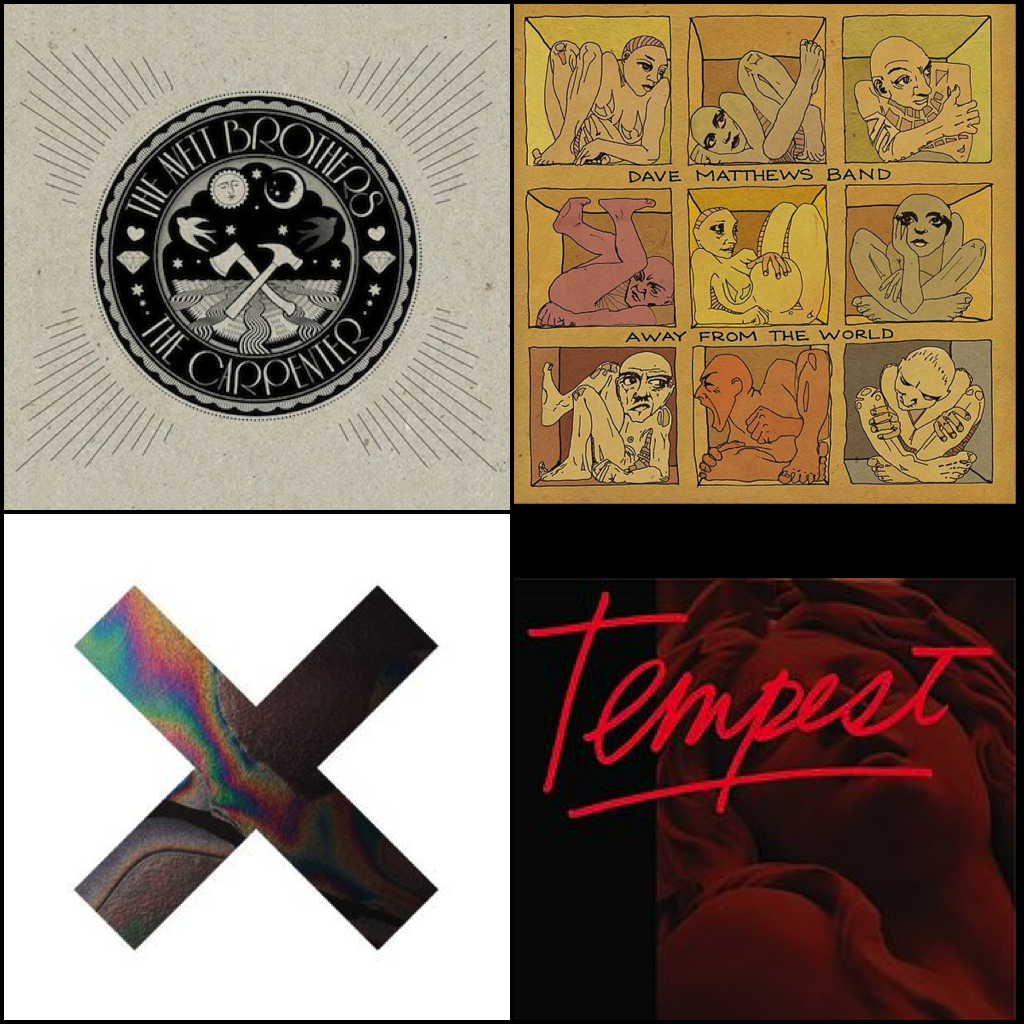 Happy Tuesday everyone! I know that you guys were just getting settled into your favorite tracks from the releases last week, but this month has a lot in store for us music junkies!

The Avett Brothers –The Carpenter

This band’s performance as the headliners for Movin’ On last year helped them gain a large following at Penn State, and they fed this following by releasing their 6th studio album today. This album is a big step for brothers Seth and Scott with their single “Live and Die” catching the attention of folk music lovers everywhere. The album is available on iTunes and their music video for “Live and Die” can be found linked into this article.

Dave Matthews Band – Away From the World

After another successful summer tour that teased fans everywhere with samples of his new music, Dave Matthews Band has treated their fans with the release of their 8th studio album today. Away from the World features the return of the band’s producer, Steve Lillywhite, who has not been involved with the band since 2000. Dave Matthews Band also got their fans involved in the release of the music video for “Mercy” by having them submit personal videos and pictures to go along with the lyrics of the song. The album has been streaming on iTunes for the past week, and fans were able to preorder it a few weeks ago, but if you still have yet to pick it up I recommend you do so on iTunes. Also, check out the music video for “Mercy” below.

This indie pop group is releasing their second studio album. For those of you who are unfamiliar with this band, their first self-titled album can be described as soothing alternative indie rock with electronic melodies and chilling vocals. The band gained a large following in Britain where they were nominated for “Best British Album” and “Best British Breakthrough” in 2011. Their sophomore album, Coexist, streamed live on September 3rd where anxious fans were able to hear the album in full along with the two singles “Angels” and “Chained”. The music video for Angels can be found below, and the album is available on iTunes.

Yes, Bob Dylan is still going strong with his release today of his thirty-fifth studio album, Temptest. This album includes interesting tracks such as the fourteen minute long title track “Temptest” that is a tribute to the James Cameron movie The Titanic. Some of the other noteworthy tracks include “Roll on John” which is a tribute to John Lennon as it references several Beatles tracks in the lyrics. See if you can figure out which ones when you check out his album, available on iTunes today.