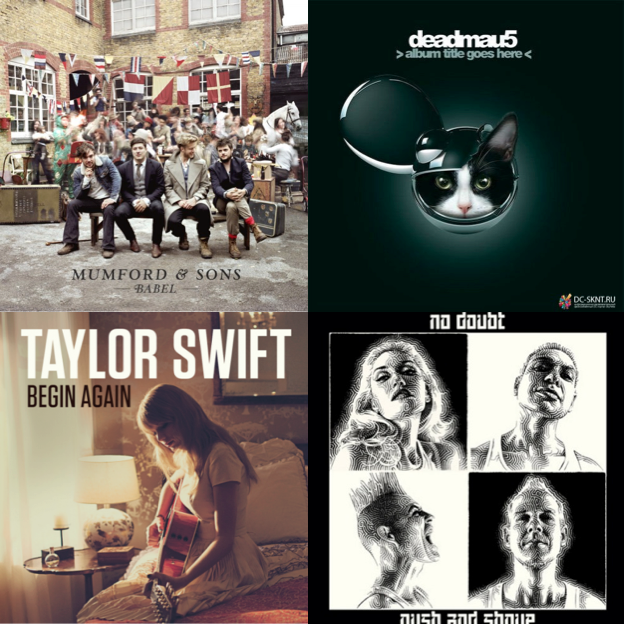 We have some great artists putting out some much anticipated music this Tuesday!  Let’s see what they have in store for us today!

The much anticipated album by Mumford & Sons is finally here!  Fans have been waiting years for this, and it’s been worth it. Babel stands out from their older music as being a much more well balanced album.  They stuck to their tried and true folk song writing with little deviation, and no one can fault them for it when it sounds this good.  If you’re looking for an album drastically different from Sigh No More, you won’t find it on Babel, but I’ve had this on repeat all day!

Wow.  Lupe pulled out all the stops for this album without pulling a single punch.  He makes a lot of demands on society for change and the album comes off as a little preachy at times, but you can’t help but agree with him on a lot of issues.  His frustration with aspects of society that he sees as unacceptable is the biggest theme of this album, and he gets his points across with some of his hardest rapping yet.  This is a fantastic and meaningful album that he definitely poured his heart and soul into, I can only hope it’s not his last.

Taylor Swift’s roots come through with her new single “Begin Again”!  If you’re a bigger fan of her country-er sounding songs, you’ll fall for this quieter, more hopeful jam.  Forget her breakup songs for a second kids, this is a song about getting over all that sappy, sad bs and finding something new!

Deadmau5 may not have put much effort into his album title, but he definitely went ham on these beats!  His song with Wolfgang Gartner is too catchy, and the first song “Superliminal” hits you right at the start.  We’ll see what all the electro-heads think about the rest!

No Doubt – Push and Shove

No Doubt releases Push and Shove after years on hiatus, and what we get is a very catchy and current album.  They managed to retain their old allure that gained them so much respect in the 90s, but with an overall more modern sound.  The ballads are laden with their distinctive guitar melodies and make it a full sounding, well-rounded album.  Besides all that however, we get a few great power-pop songs that just scream “DANCE TO ME!”  “Looking Hot” is one of my favorites, but the title track “Push and Shove” takes the cake.  It goes hard with a super catchy heavy bassline in the chorus that can’t be beat.