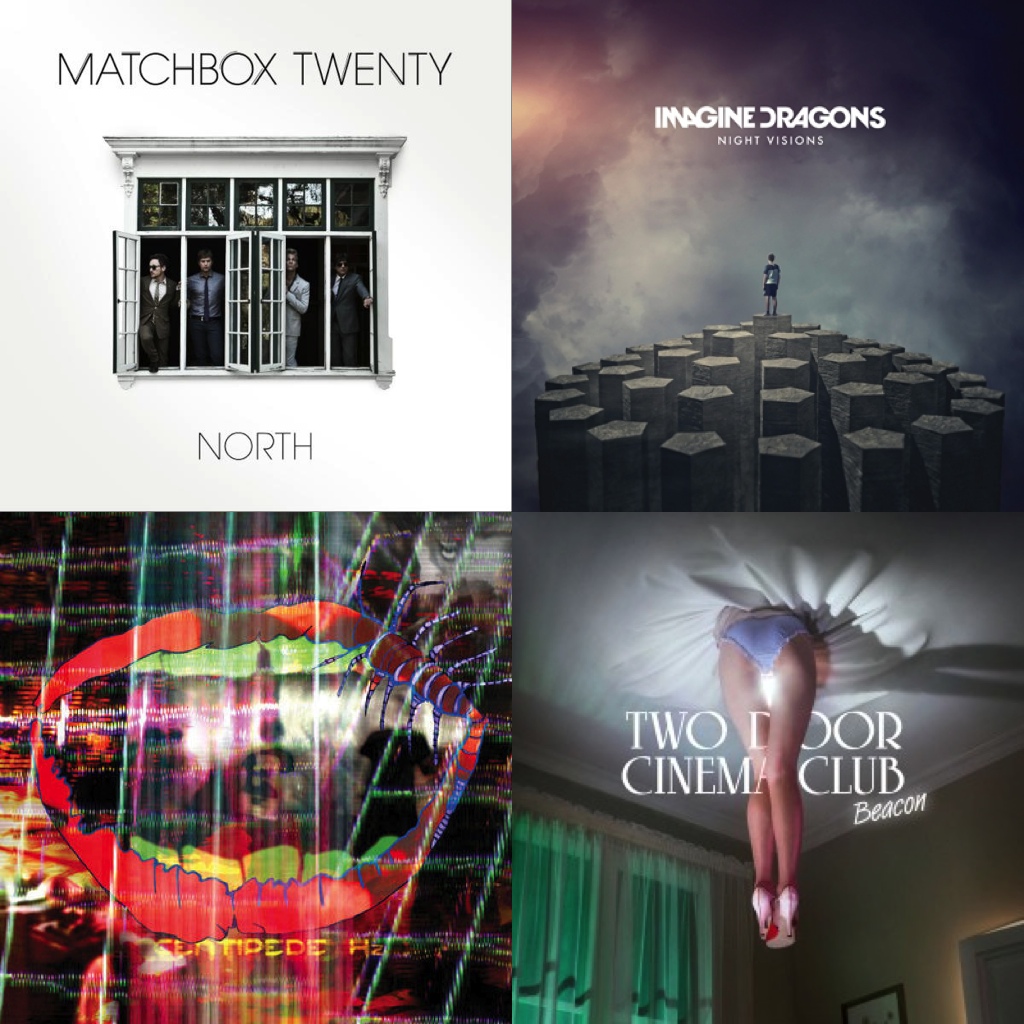 ITS TUESDAY! And for all you music lovers out there, we know that means one thing: NEW MUSIC! This upcoming month is a big one for album releases, and the new music frenzy starts today with albums from the following artists:

This psychedelic band is releasing their 9th studio album titled Centipede Hz today. They are going to have to compete with the success of their last album Merriweather Post Pavilion, which was released in 2009.  MPP reached 13th place in the US charts and 2nd place in the US indie charts. Long time fans will be excited to hear of the return of band member Deakin, who took a hiatus from the band for their last album and tour. You can check out their newest single “Today’s Supernatural” on Youtube and download the album off of Itunes.

After blowing up over the summer on every alternative radio station in America, Imagine Dragons is treating their fans with their first studio album titled Night Visions. Their two singles from this album, “It’s Time” and “Radioactive” were originally released on the band’s EP  Continued Silence and their videos can be found linked in this article. An additional factiod about the bands recent success: their music video for “It’s Time” is currently nominated for MTV’s Video Music Awards for Best Rock Video. Night Visions is available today on Itunes.

If you were anywhere near a radio in the 90’s, then you are familiar with the musical styling of Rob Thomas and his band Matchbox Twenty. Matchbox Twenty is back for the first time in 10 years and they are just as catchy as ever. Their fourth studio album North was released today, but you’ve probably already had their single “She’s so Mean” stuck in your head for the past month anyway. The video for “She’s So Mean” can be found linked in the article, and their album is also available today on Itunes.

This indie rock band from Northern Ireland won their fans over with contagious tracks from their first studio album Tourist History back in 2010. After living off of the huge success of their singles such as “I Can Talk” and “Something Good Can Work”, the band is back in full force. They’ve kept fans all over the world addicted to their upbeat electronic sound with their second studio album titled Beacon. Fans can check out their single “Sleep Alone” on youtube before deciding if you want the album, but if you are anything like me…you are just going to head straight to Itunes and snatch up this album right away.

Keep an eye out for more detailed reviews for these albums later on this week!

But in the mean time, take a listen yourselves and let us know what you think!

Engorge yourselves in the new music feast and we’ll get excited for next Tuesday!