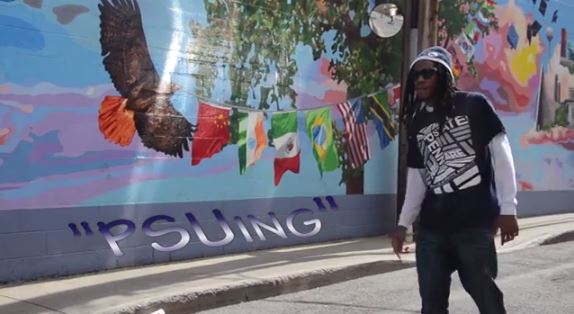 A local rapper by the name of Oxygen Pernell released his new music video for his debut song “PSUing” yesterday. If you haven’t seen this music video yet, watch it below! It was shot at various locations around downtown, and features some Penn State students and alumni, including the Lion and the Boombox Guy.

Oxygen is a local rapper who came onto the scene about a year ago. He’s been performing at Open Mics on and off campus and he is an amazing creative talent. This song talks about every great thing about Penn State and shouts out to our other Big Ten schools as well. Make sure you learn the words and know when to come in for the “We Are” chant, you might be hearing this at the next big school event!

Oxygen Pernell is claiming that this is a new Penn State anthem. That’s a bold statement, so listen below and decide for yourself.