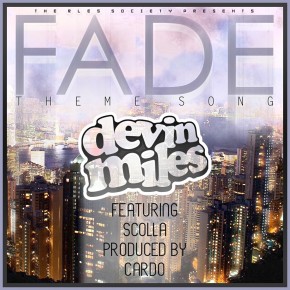 Devin Miles dropped another bomb track yesterday called “Fade” featuring Scolla (formerly Young Scolla), both of The RLES, and produced by Cardo of Taylor Gang.  There is so much going on in the Pittsburgh rap scene right now it is unbelievable.  With Devin and Scolla both beginning to garner some serious mainstream fame, I wouldn’t be surprised if we see these two going up against the big boys in the rap game soon! Check the track below, and search through our website to see other Devin Miles songs!