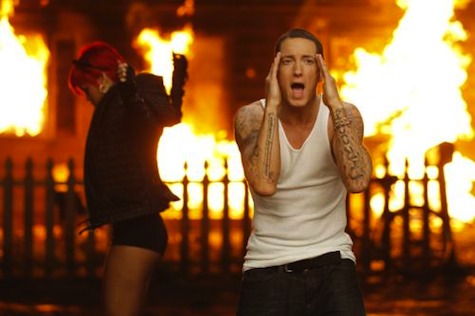 We could give you an explanation, but Radio 104.5 from Philly already did an awesome job.

“OK Go set up over 1000 instruments over two miles of desert outside Los Angeles. A Chevy Sonic was outfitted with retractable pneumatic arms designed to play the instruments, and the band recorded this version of “Needing/Getting”, singing as they played the instrument array with the car. The video took 4 months of preparation and 4 days of shooting and recording. There are no ringers or stand-ins; Frontman Damian Kulasheven took stunt driving lessons. Each piano had the lowest octaves tuned to the same note so that they’d play the right note no matter where they were struck. As usual, the band pulled it off.”

This crazy video was just uploaded yesterday and already has almost 2,000,000 views! Don’t be the last one to see it, watch it NOW!