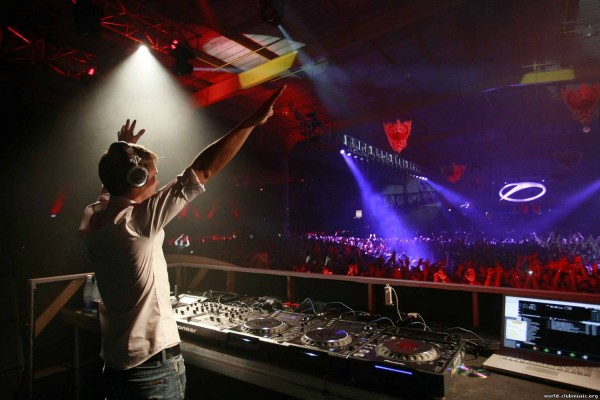 “The documentary ‘A Year With Armin van Buuren’ takes one year out of the roaring life of the Dutch DJ. Shot during an important year, the result is a unique documentary that offers a rare look inside the life and personality of the world famous DJ/producer. On October 6th at 9.30 p.m. CET, the documentary will be premiered worldwide via the YouTube channel of KLM Royal Dutch Airlines.

The documentary gives the viewer a look inside Armin’s life. From his parental house to the private jets. It brings you from empty hotel rooms to the heat of the moment, as 100,000 clubbers await their hero. From the preparations of his ‘Mirage’ world tour and the phone call that will tell him if he’ll keep his number one DJ Mag Top 100 position. ‘A Year With Armin van Buuren’ is a documentary of an important time in the life of the DJ and reveals his perfectionism and huge passion for music.

Premiering the documentary on the KLM YouTube channel was a logical choice for Van Buuren. He explains: “I think KLM handles social media perfectly. They don’t only represent some very clever and special campaigns, but also offer a 24/7 service via Facebook and Twitter. I’m on the road a lot and constantly switch time zones, so that flexibility and service is of great use to me. Through my social media channels, I always try to stay in touch with my fans. By premiering the documentary this way, ‘A Year With Armin van Buuren’ is available for every fan and viewer — no matter where they live or what time zone they’re in.”

The documentary will be premiered on KLM’s YouTube channel on October 6th 9.30 P.M. CET, after which it’ll be available for another 2 weeks.. From October 12th on, ‘A Year With Armin van Buuren’ will be available on DVD at http://www.ArmadaShop.com“