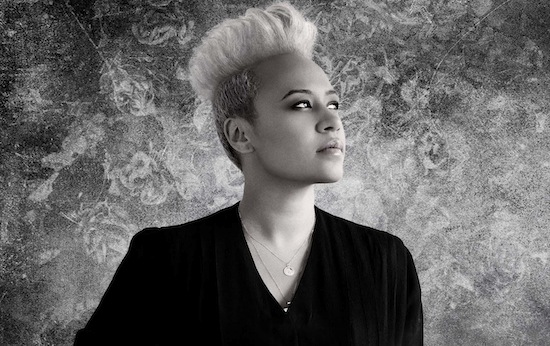 Scottish singer Emeli Sandé has already made waves overseas with her powerful voice, compelling lyrics, and signature sound. The talented chanteuse is primed to take over the United States this summer with the American release of her freshman debut, Our Version of Events. The album has already taken the throne in the UK charts, peaking at #1 shortly after its release. Two of its singles, “Heaven” and “Next To Me”, have peaked at #2 on the UK charts and can be found on YouTube, but only “Heaven” has been released on the United States iTunes. Though “Heaven” is an elegant synth-washed slice of R&B, “Next To Me” outshines it in composition and sound.

“Next To Me” is gorgeously simple, carried by a crisp piano and bold drums, and catapults into the chorus with horn sections and a gospel-style choir. Sande draws comparisons to a more retro-style Beyonce with her passionate vocals, and she melodiously celebrates the love and loyalty of her male partner. “You won’t ever find him where the rest go, you will find him, you’ll find him next to me.” She packs a punch with her fiery delivery, and the track echoes the works of some of soul’s most influential veterans (Turner, Franklin, etc.).