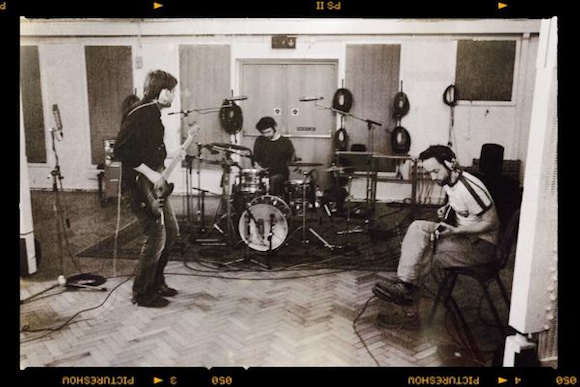 One Mile an Hour are a new band based out of the U.K. Their debut self-titled  album is available now on Itunes.

It’s difficult to classify them in into just one genre, every song on the album has a different sound and different approach. The first song, “Freight Train” has an upbeat, acoustic heavy folk riff that gets your head bobbing. Even though there are no lyrics to a few of the songs, including “Freight Train” and the 10-minute closer to the album, “Nine Eight”, it highlights the ingenious musicianship and versatility of this band.

Their lyrical songs as well do not disappoint by any means. The intro to “You Are On Beach” has the essence of a rock ballad with heavy drums and electric guitar. Then, as the lyrics come in, there’s a more boiled down vibe that frames the beautiful lyrics very well. As the bridge approaches, the song completely strips down to just an acoustic guitar and the singer, which gives the song in itself a beautiful contrast.

The influences to this band are many and it shows throughout the album. While listening to the album, you can hear essences of classic rock, folk, acoustic, and even some blues. What makes this album so innovative and unique is the grandeur and larger than life sound that you could hear at a music festival attended by thousands. And yet there’s an intimacy that makes you feel like you could see them playing in a local bar or coffee house. What an amazing debut album from One Mile and Hour, check it out on iTunes, or their website, http://onemileanhour.com/, and see for yourself.