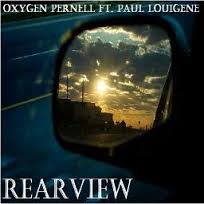 Oxygen Pernell made himself known in the Penn State community a few months ago by putting out his prideful debut single, “PSU’in”. Everyone’s heard that one, but what you may not know is that he’s got a lot more up his sleeve than that. Pernell released another single called “Rearview” in which he features a fellow student on vocals, Paul Louigene.

“Reaview” has a R&B feel that “PSU’in” couldn’t hold a candle to. Although “PSU’in” was what put Pernell on the map in State College, its songs like “Rearview” that showcase what a true creative talent he is. The added bonus with this track is Louigene’s smooth vocals that fills out the track and gives it a more rounded out sound. Check out “Rearview” below, and if you like what you hear, go to Oxygen Pernell’s soundcloud page for more.