Panic! At The Disco (P!ATD)  is back at it again and officially released the band’s second single off their new album Too Weird To Live, To Rare To Die! set to drop October 8th, 2013.

Earlier this summer, P!ATD released its first single “Miss Jackson” and received mixed reviews. A lot of people enjoyed the song but feared that the song was essentially a b-side track to Fall Out Boy’s Save Rock And Roll and that P!ATD was losing themselves and their unique sound and character. While I really enjoy “Miss Jackson”, I do agree it sounded a little too much like Save Rock And Roll. However, late last night P!ATD’s “This Is Gospel” hit YouTube with a music video along with the release of the band’s album artwork (Seen above). From the first listen through, I was head over heels. This is what I exactly what I expected from P!ATD and I couldn’t be more proud of them. The chorus hits you so hard in the face and really captivates Brendon Urie’s incredible voice. Also, considering I haven’t stopped listening to this single I think it’s safe to say I’m beyond stoked for the entire album.  Check out the official music video below, and let me know what you think!

Also, here’s a picture I took of Brendon Urie last weekend at the Radio 104.5 Block Party in Philly where Panic! At The Disco headlined. This is just your casual post-show backflip. 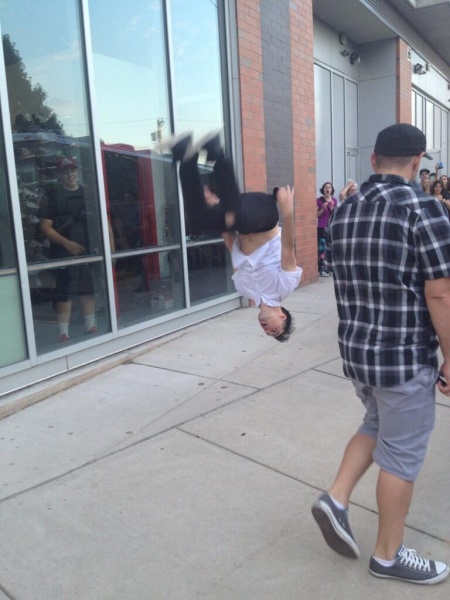