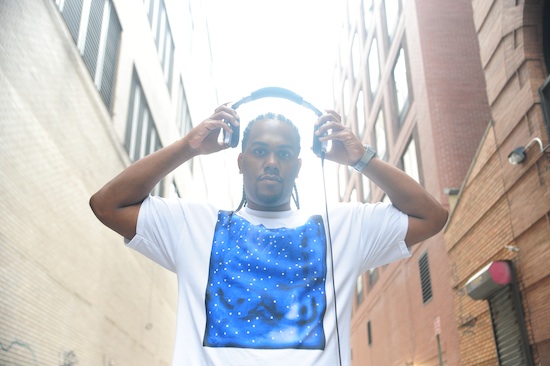 Growing up in the birthplace of Hip-Hop, the Bronx, New York, DJ Super Nova realized at a young age that music bridges the gap between all cultures. Whether serving as resident disc jockey for a nightclub or working as a Music Director for theatrical productions, DJ Super Nova has developed a fan base that spans multiple continents. He is frequently invited to host online radio shows, reaching an international audience as a result of his performances in South Africa, Belize, Dominican Republic, and the University of West Indies, in Kingston Jamaica.

Super Nova’s resume is long and the loyalty of his clientele shows through the repeat invitations he receives from the many high schools, universities and colleges. DJ Super Nova has opened shows for artists such as Pitbull, Lupe Fiasco, O.A.R., and many more. Super Nova is crowned a Renaissance man, being a master of many trades: a businessman, producer, event planner, but ultimately a deejay. He is never complacent; Super Nova’s work ethic will continue to be the deciding factor in his path to success.

While attending Pennsylvania State University, DJ Super Nova realized that he had a gift, an ear for music that would solidify his place in the world of deejaying. Balancing schoolwork and his new hobby, the self – taught deejay rapidly progressed landing his first gig in the fall of 2005. He was the opening deejay for a local bar called The Lion’s Den in State College, Pennsylvania. Deejaying at The Lion’s Den taught DJ Super Nova to network and learn how to cater to a diverse crowd; building a fan base that later became loyal clientele. 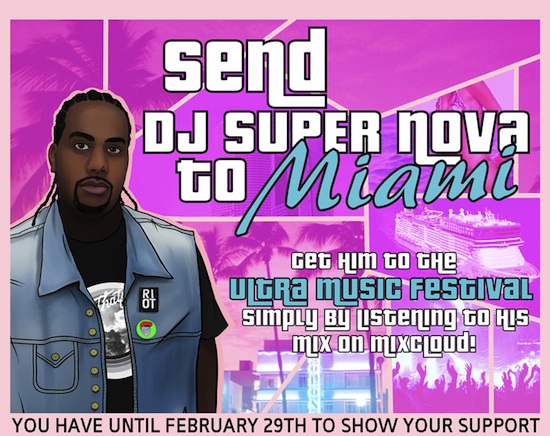 Give DJ Super Nova the chance to perform at the Ultra Music Festival by simply playing his mix. Votes are tallied by the amount of plays the mix receives so feel free to play the mix as much as you can.

Check out his mix here: http://www.mixcloud.com/djsupernova/ultra-music-festival-aerial7-dj-competition/