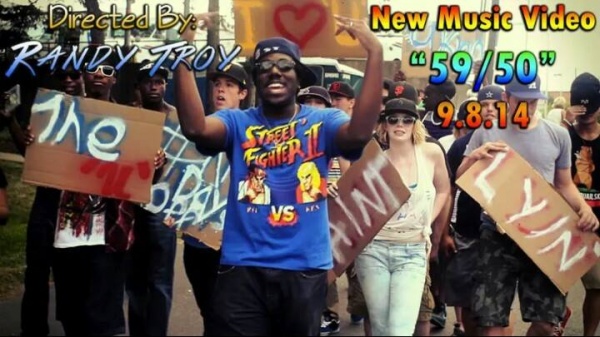 Penn State Alumni Ugochukwu Onyianta, aka The ‘U’, just released a new music video, and believe me, it’s worth watching. The video for The ‘U’s new track titled “59/50” features The ‘U’ rhyming to a beat reminiscent of early 90’s hip hop. The ‘U’ is currently signed to Williamsport PA based record label “Dyhard Entertainment”.

Watch the video directed by Randy Troy below!

During his time at Happy Valley, The ‘U’ was a heavyweight in Penn State’s Underground Music Circuit. The ‘U’ plans to regain his top spot in the underground scene with plans to return to State College in the near future.

We are excited to be interviewing The ‘U’ next Monday on our radio show “Music Mondays” so make sure to tune in to The Lion 90.7fm from 4-5 PM!