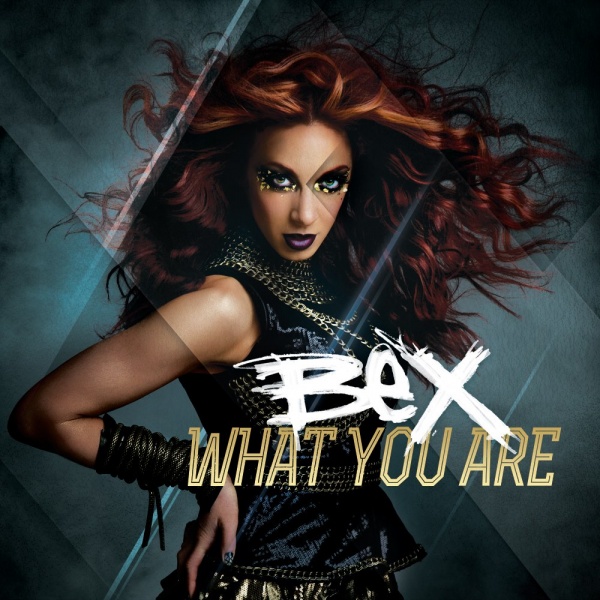 Last time we caught up with burgeoning dance-pop chanteuse and Penn State alumnus Bex, she was basking in the success of her wild debut “Life Of The Party.” The light hearted and fun house smash landed on multiple charts, including the Billboard dance/club play chart, and brought the spotlight on the eclectic songstress. As “Life Of The Party” cemented itself as a club staple, fans and critics began to wonder exactly what Bex’s next move would be. Bex responded by not just making a move, but making a movement. Enter “What You Are.”

If you were expecting Bex’s follow up to “Life Of The Party” to sound anything like its predecessor, you were expecting wrong. “What You Are” is a complete 180, a four-to-the-floor hit that showcases a brand new side to the promising pop star. From the start the bold production draws you in, synthesizers pitter pattering quickly across the breadth of the verse before heavy percussion throws the pre-chorus into focus. Bex brings her singing in soft and low, and as she builds the song like a skyscraper, each lyric begins to compound upon the track’s powerful message. “What You Are” advocates individuality and uniqueness, eschewing pop culture’s glorification of perfection and flawlessness.

But this is no “Firework” or “F***in Perfect.” Bex takes what would be an otherwise common theme and warps it into her own refreshing and ass-kicking twist. Instead of Bex standing on a soapbox preaching to the downtrodden, she’s in the dirt and grit with us, spinning around a dance floor with all her favorite freaks and geeks. And as she splits the chorus with her powerful voice, kicking off the heart-thudding, hip-thrusting, dub-styled breakdown, we’re swept away in the pure clout of the record. “What You Are” may celebrate imperfection, but it’s safe to say that Bex has fashioned the perfect sophomore single. With the “What You Are” music video soon to drop and a whole slew of performances on the horizon, we’ll definitely be seeing a lot more of Bex in the future! 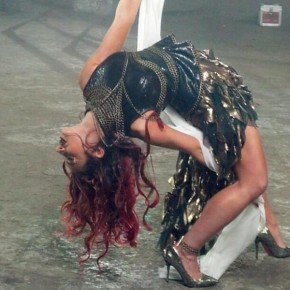 We interviewed the lovely Nittany Lion on the single and upcoming music video. Check it out below!

SITR: So how have things been since “Life Of The Party” dropped last year?

Stellar! I get to continue doing what I love, and many more people are interested in hearing me do what I love. There’s been a lot of additional press, appearances, and general buzz with the release of this record, since I was fortunate “Life of the Party” got me noticed. My team feels an anticipation with the release of the record from the industry, which didn’t exist last time since I was brand spankin’ new…couldn’t be more thankful!

SITR: What was it like when you saw “Life Of The Party” chart on the Billboard Dance/Club chart?

Totally exciting, and weirdly, almost a relief! We’d been anxious to get that chart position for a long time! The single was doing really well on pop radio and had been charting on Pop/Top 40 Radio charts for a bunch of weeks, it was like that Dance chart was the last piece of the puzzle! I was the only independent release on both the pop radio & dance charts at the same time, which is something I’m HUGELY proud of. Getting a record to be successful is a major team effort, so my heart immediately went out to the tastemakers and DJs who had been seriously pulling for me. There were lots of celebratory phonecalls going around. I actually saw you the day or two before we thought it was going to hit…so that was super fun to be able to clue you in on, “I think this is finally going to happen this week”!

SITR: What’s the story behind recording “What You Are”?

It’s a play on the idea of perfection. I had been really pushing myself to write a killer follow-up to “Life of the Party”, and was overthinking what I wanted it to be. I was just in my head too much, and was getting stuck creatively. Someone was talking to me about “being too perfect” a few days before, and basically said “F— Perfect!” which I thought was hilarious, honest, and really stuck with me. So I wrote from that place. I mused on the idea that “perfection” doesn’t (and shouldn’t) exist in humanity…and after all, it’s really a hell of a lot more fun to let all the unique and special things about you fly. It’s an anthem to be open and raw about who you are…which to me, is way more fun than striving to be some conventional standard. Writing it was therapeutic for me, I got out all the “Type-A/over-achiever” garbage in my head and put my heart into the music.

SITR: What made you decide to go for a harder, dubstep influenced dance-pop sound with this record?

It was right for the theme of the song. It’s a celebration of who you are, but it comes from a dark place. I’m urging you to show me your “dirty thoughts” and “ugly side” and get gritty with me…that feels harder to me. The fun part musically about this record is there are two distinct sounds.  It starts really aetherial and kind of “button-ed up,” and vocally I held back and sort of whispered.  When the beat drops, it takes you to an entirely different place. I wanted listeners to feel like they were in some crazy underground club, a total no judgment zone where you can expose the wild side of you. I kept saying to my producers, “let’s get it grungier!  Not dirty enough!”. They definitely delivered! I co-wrote with Mike Rizzo, Steve “Mr. Mig” Migliore, and Ariana Iocono; we didn’t try to make it sound a certain way, it developed from what we were looking to express.

SITR: What was your favorite part about creating, writing, and recording the song?

I love that it’s COMPLETELY different from “Life of the Party.” It was fun for me to go in an entirely new direction, and both records are very much “me.” They are different sides of me, but they are very much the same point of view. “Life of the Party” is a celebration of having the time of your life, feeling like you are on top of the world, and getting you to go wild. “What You Are” is a celebration of being just who you are, letting your inner self and darker sides come through, and getting you to feel free. It’s very much the same message, and the songs couldn’t sound more different sonically! It was also fun for me to open up my vocals and feature my range, because this kind of song calls for it.

SITR: Can you give us any clues as to what the music video for “What You Are” will look like?

I’m thrilled it’ll be directed by Constellation Jones who has worked with everyone under the sun; Lady Gaga, Cher, Cee-Lo, Miguel, you name it. So…I’m leaving the final looks in his trustworthy hands. We are going for a certain vibe, rather than a story…mysterious, smoky, seductive. There will be fabulous fashion and glamour. I prep as much as I can for shoots, but what actually is shot is often on the fly, and I like to keep myself open to spontaneity. So while the nitty gritty details are set, there are bound to be surprises once we get in the studio and get to work!

SITR: Do you see yourself sticking with this edgier style with future releases?

I can’t have a definitive answer on this! It completely depends on what it is I want to express, and what that will end up sounding like. I recorded a bunch of new material before zeroing in on “What You Are”…they all sounded different, and they all sound like BEX. It’s fun to explore different sides of yourself. I love an edgier sound…would love to combine that with something quirky and unexpected.  Bring a little of my nerdiness back to the forefront. We’ll see! The fun part is often the not knowing, and creating something new with my co-writers.

Next month or so will definitely be focused on promoting “What You Are.” Although the dance remixes are out, my team is still working tremendously to get everything buttoned up for the full, pop single release. Have performances lined up (though I can’t spill the beans on where!), and excited to be out meeting and gaining new fans. Looking to have more music out later in the year, so I’m always writing in order to have material on the back burner. For the next bunch of weeks, however, it’s all about Dirty, Sexy, Ugly: Perfect.