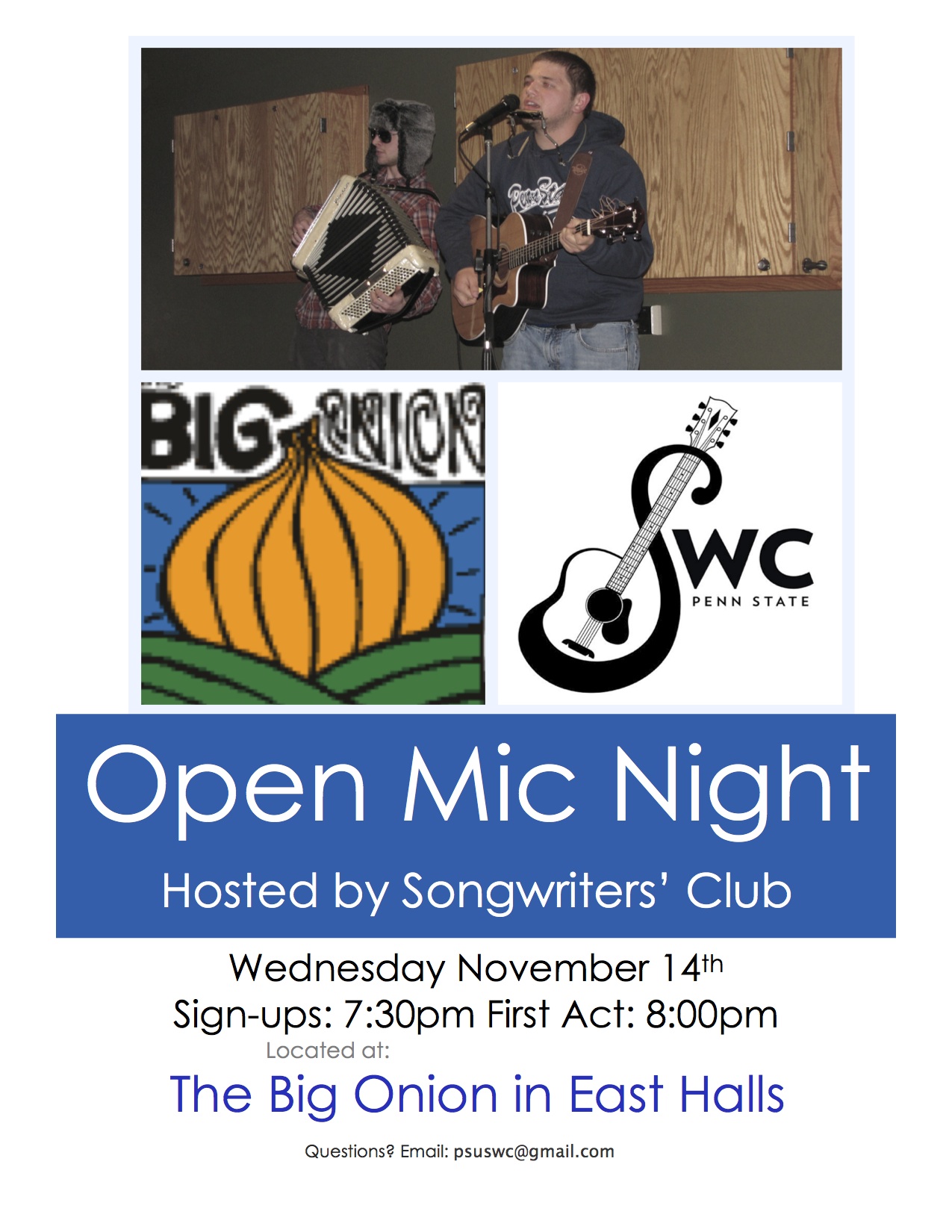 This Wednesday night, the Big Onion in East Halls will take a break from being forced to listen to one of the employee’s sub-par ipod playlists and will be graced by talented Penn State musicians. Songwriters’ Club gives Penn State students an opportunity to come out of their bedrooms and meet other musicians on campus that they otherwise would have never had a chance to collaborate with. The club has had a history of extremely successful Open Mic nights, some of which have resulted in the formation of musical collaborations!

If you ask any active member, they will tell you that Songwriters’ Club feels more like a family than a club. The club hosts biweekly meetings in 205 Ferguson at 7:30pm that give members opportunities to share songs they have been working on, fine tune their songwriting skills through workshops, or do other creative songwriting activities. On the off weeks, the club hosts events on and off campus or “jam sessions” in the same room. For more information on the club visit our Facebook page.

Also make sure to RSVP to the Open Mic Facebook Event Page if you plan on coming.

This is a definite must see if you have been craving free live musical talent!