Preview: My Interview with Jason Hann of EOTO 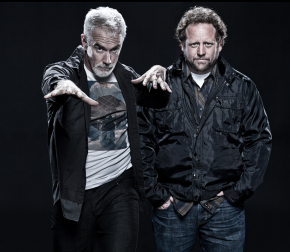 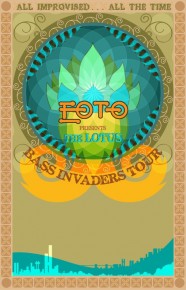 Join EOTO on their Bass Invaders Tour this fall!

Later this week I’ll be doing an interview with Jason Hann of EOTO, so be on the look out!

For those of you who don’t already know the talented duo, consisting of Michael Travis and Jason Hann, catch up! The guys have been together since 2004, when Hann joined jamband The String Cheese Incident, playing alongside Travis. Through messing around on their own, getting down and jamming out together, the two realized they had something awesome going on, and in 2006 they officially formed EOTO.

There’s no way you can’t have mad respect for these two after seeing them do their thing live. My first EOTO show absolutely blew my mind. They’re not dubstep, and they’re not hip hop, they’re not funk, or trance, or rock; they’re literally all of it. Michael and Jason find influences from a vast array of different genres of music, instruments, and just sounds in general. Except what they play live is so different from anything I’ve ever heard. They are all improvised, all the time, and it is an amazing process to see live. The guys just want to see you dance, and they definitely bring the party to make it happen.

Scroll down to check out the tour, and pick a date to throw down with this dubstep/breakbeat/house/drum & bass/trip-hop duo (I’m catching the Pittsburgh show)! Watch the video below, and most importantly, visit State In The Real later this week to check out my interview with Jason Hann!

Check to see if Jason and Michael will be making their way to a city near you!