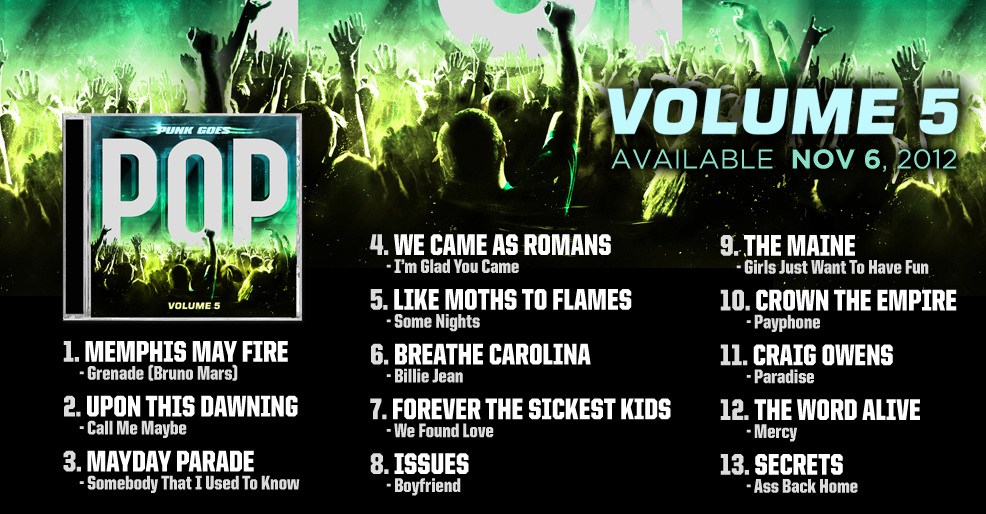 The infamous ‘Punk Goes Pop’ series is back!  This tracklist looks great, and it’s loaded with great bands.  Songs that will be covered include mega hits “Call Me Maybe,” “Somebody That I Used To Know,” “We Found Love,” “Payphone,” and “Mercy.” We look forward to some previews of these songs, but in the mean time, stay tuned because you know we will have them to you as soon as possible!