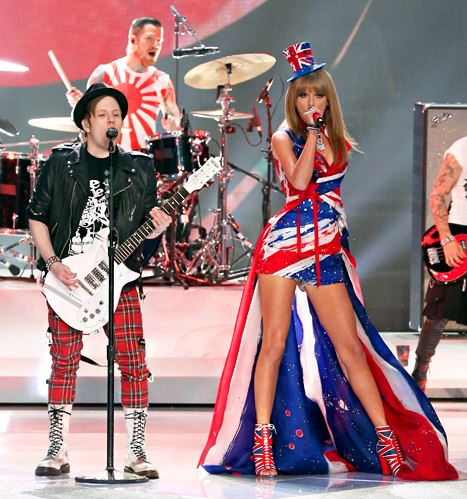 This year, the Victoria’s Secret Fashion Show seemed like more of a party than anything else. When the show began, the Rutgers University drumline took the stage, giving the opening set’s “British Invasion” theme a regal start. The show started out with a bang as Fall Out Boy came out to “My Songs Know What You Did In The Dark (Light Em Up)” which they turned into a duet with Taylor Swift. At first, it seemed that Swift was lip syncing, but it turned out to be that the audio was off for almost the entire show. The duet was unexpected, but even though Taylor was out of her element, she sounded great and gave the song a sexy edge with the addition of a female voice. It was a great song to kick the show off with, the performance was full of energy, giving the models high energy as well, so everyone on stage looked like they were having the time of their lives. 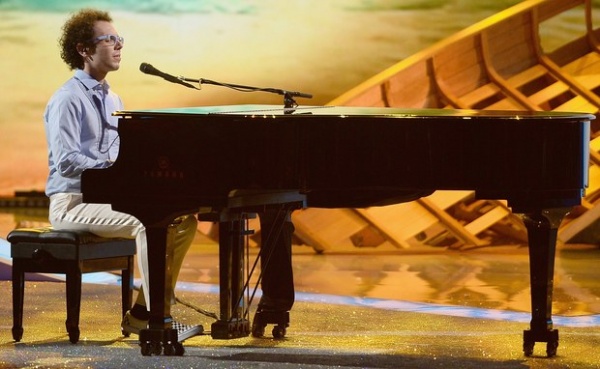 For the next set, A Great Big World set a much more intimate mood with “Say Something”. Even though the vocals and piano were perfect for the romantic set, “Ship Wrecked”, he lacked stage presence, so the performance felt stiff and awkward.

After a set backed with a Miley Cyrus song, Fall Out Boy hit the stage again with “Pheonix”, paired appropriately with the “Birds of Paradise” set. Having a rock band there is out of the ordinary for the Victoria’s Secret Fashion Show, but Fall Out Boy gave the show just the right amount of edge to pull the it out of its stereotypical bubblegum pop acts, giving it a more mature sound. A far cry from the previous year’s act Justin Bieber, for sure.

Neon Jungle exploded the PINK segment with energy and color with their song, “Trouble”, pulling in that mid-teen crowd and grabbing their attention. The band is from the U.K, but this performance could definitely help their breakout to the US.

The finale chilled us all with a “Winter Wonderland” theme. Taylor Swift performed her current hit, “I Knew You Were Trouble”, to a dubstep mix. This is one of her best performances, she pushed herself vocally and the risk paid off. She incorporated the models into her performance and the whole song flowed well with the models walking down the catwalk. As the show came to a close, “Applause”, by Lady Gaga and “We Own The Night” by The Wanted were played as the models walked out with all of the musical acts, then took celebratory photographs. This year was more focused on the music than any other Victoria’s Secret fashion show in years past. The names were big, small, rock, pop, a little something for everyone, and that’s where Victoria’s Secret really went right this year.