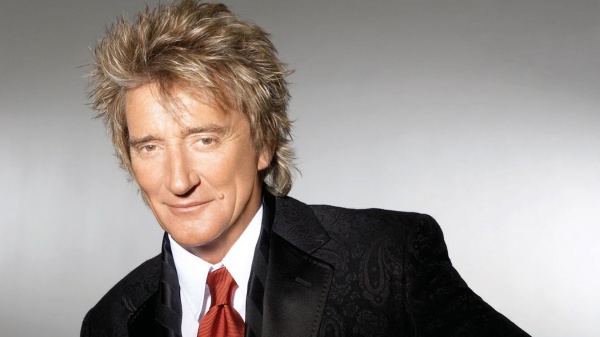 It was just announced at the first home football game of the season that Rod Stewart will be coming to the Bryce Jordan Center on October 14th. The singer-songwriter is known as being one of the best selling artists of all time, selling millions of albums and dozens of hit singles.

Los Angeles – Sat, Sept 7 –  Rod Stewart today announced plans to bring his critically acclaimed “Live the Life” tour to Penn State’s Bryce Jordan Center on October 14.  Stewart’s tour, which has been thrilling fans throughout Europe, will kick off on October 17 and play arenas throughout North America including concerts in New York, Newark, Philadelphia, Boston, Montreal, Toronto, Atlanta and Detroit.  Stewart will be joined at the Bryce Jordan Center Concert by legendary artist, Boz Scaggs for an unstoppable evening of music.

Tickets for the show go on sale beginning Saturday, September 13 at 10am through ticketmaster.com. Tickets are $99.50, $85, and $65 for reserved seating and go on sale Friday, September 13 at 10:00 a.m. at the Bryce Jordan Center, Eisenhower Auditorium, Penn State Downtown Theatre, Altoona Campus Ticket Outlet, all Ticketmaster locations, online at www.bjc.psu.edu, or www.ticketmaster.com, or by phone at 800-745-3000.

In a career spanning more than five decades, Stewart has amassed sales of more than 150 million albums worldwide with countless chart-topping hits and industry accolades – including  two inductions into the Rock and Roll Hall of Fame.  In May 2013, Stewart triumphantly returned to his songwriting roots with the release his worldwide best-selling album Time.  The album, his first rock album in a dozen years, entered the UK Albums Chart at No. 1, setting a new British record for the longest gap between chart-topping albums by an artist — and in the US, it marked Stewart’s highest-charting album of original material since 1979.  Additionally, on September 3, Stewart released Rarities, a 24-track collection that includes previously unreleased music including his BBC Radio One Live performances of “Maggie May” and “Country Comfort” with Faces as well as alternative versions, B-sides and unexpected covers.  In fall 2012, he also became a New York Times Bestselling author with the release of his highly-anticipated autobiography.

Joining Stewart in State College is special guest, Boz Scaggs, whose explorations in blues, R&B, rock and jazz have produced lasting work and a career that has brought with it acclaim, a loyal following and an enduring respect amongst musicians.  Scaggs recently released “Memphis,” his first studio album in five years.

Rod Stewart last thrilled fans in State College when he performed at the Bryce Jordan Center during its inaugural year in 1996.