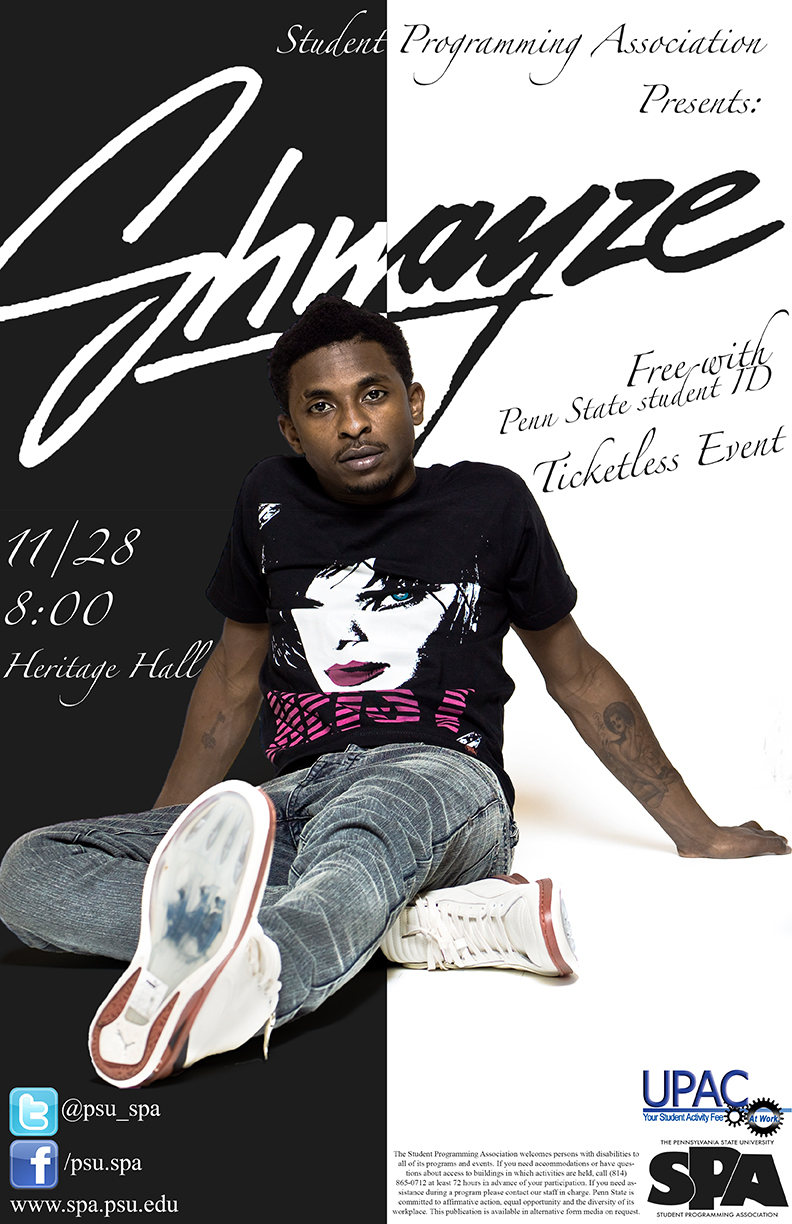 The Student Programming Association will host Shwayze at 8:00 p.m. on Wednesday, November 28 in Heritage Hall. This is a free, ticketless, substance free event for all with a valid PSU student photo ID. Students will be let in on a first come, first serve basis.

BREAKING NEWS: Penn State’s own Crystal Seth will be opening for Shwayze on Wednesday. Check him out on Facebook and Twitter and be sure to catch him opening on Wednesday at 8!

Shwayze is an American rapper. Cisco Aadler, lead singer of Whitestarr, discovered him when, one night, Shwayze just started freestyling in his show. They started to make music together immediately. Their first single “Buzzin” peaked at #46 on the Billboard Hot 100.

Their second single “Corona and Lime” has reached #23 on the Billboard Hot 100 in the U.S. and #3 in the US iTunes Store. A new studio album Let It Beat was initially announced on February 4, 2009. The first single, “Get U Home” was released on June 28, 2009. This new album showed an attempt to change the sound by containing a lot of different styles of music in it. The first single, “Get U Home” became one of the theme songs for horror movie “Sorority Row.” Shwayze has become known as a quintessential Southern Californian musician. He developed a more mellow sound influenced by 1970s folk music. His third album, Island in the Sun, came out on August 30, 2011.
Click HERE for the Facebook event, click attending, and invite all your friends! YOU DON’T WANT TO MISS THIS. And State In The Real will see you there!