SITR Staff Weighs In On This Week's #1: "When I Was Your Man" – Bruno Mars

Chris Will
Mainstream Music, Music
Comments Off on SITR Staff Weighs In On This Week's #1: "When I Was Your Man" – Bruno Mars 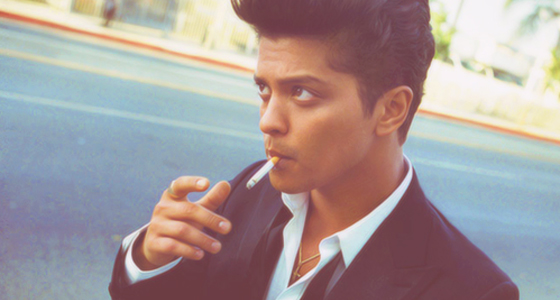 This week, Bruno Mars notched the 5th #1 hit of his career with the heavy, soulful “When I Was Your Man.” The track features Mars and a piano, and the power and simplicity of the record has helped contribute to its skyrocketing fame.

We at State In The Real like to share our opinions about music (obviously), so we decided to state our views on the track. Is it worth its #1 title? Or is it just a fluke?

Topher: “The ability of Bruno Mars to write amazingly catchy songs about the most mundane topics is an inspiration to any musician who’s running out of things to write songs about.”

Sam M.: “ALL CAPS ARE SO NECESSARY BECAUSE YOU MADE ME LISTEN TO THAT HORRENDOUS SONG BECAUSE I DIDNT EVEN KNOW WHO SANG IT WHEN I FIRST READ IT. THEN WHEN I GO ON YOUTUBE TO FIND OUT IT WAS BRUNO MARS I LITERALLY CRIED BECAUSE I HATE EVERY SONG BRUNO MARS HAS EVER PUT OUT SO EFFING MUCH.”

Tina: “There’s no denying that Bruno Mars is extremely talented. But the only Bruno Mars song I like is ‘Locked Out Of Heaven,’ because the first time I heard it was when he was a musical guest and host on SNL. Watching Bruno Mars perform with his full band is a lot different than listening to him on the radio. Bruno Mars whining about a girl he didn’t treat right in the first place really isn’t something I think deserves the top spot on the charts.”

Alanna:  “It’s okay, Bruno. Maybe one day you’ll find somebody to catch a grenade for.”

Aizya: “I can’t really differentiate this song from any of his other sad songs…”

Chris W.: “I just can’t. I’ve tried several times to get into his music, but homeboy just whines in all of his stuff. Except ‘Marry You.’ That song’s friggin awesome.”

Matt: “I think it’s time for Taylor Swift and Bruno Mars to figure out their issues, together in a dark cold room, which has no way out.”

Eric P.: “He says he would catch a grenade for you, but he won’t buy you flowers or hold your hand. Save yourself the 4 minutes because those are the only things you need to know about Bruno Mars and this song.”

Monica: “I don’t care what anyone says, I love Bruno Mars and I’ll never be embarrassed to belt it out because it’s beautiful and that’s that…so much hate for Bruno.”

Atisha: “Bruno is a talented musician. I’m glad his song gets a spot to shine at number one. It’s not his fault his music is always overplayed and annoyingly gets stuck in our heads..”

Mike R: “Do yourself a favor and ignore this one. Lame video, weird Afro and bad song.”

Justin: “No interest in it, like the rest of Bruno’s jams. This one isn’t even catchy like ‘Locked Out Of Heaven’ was. No good!”

What do YOU think about the track??