Skate And Surf Interview: To Write Love On Her Arms

Sam
Mainstream Music, Music, Outsource Interview
Comments Off on Skate And Surf Interview: To Write Love On Her Arms 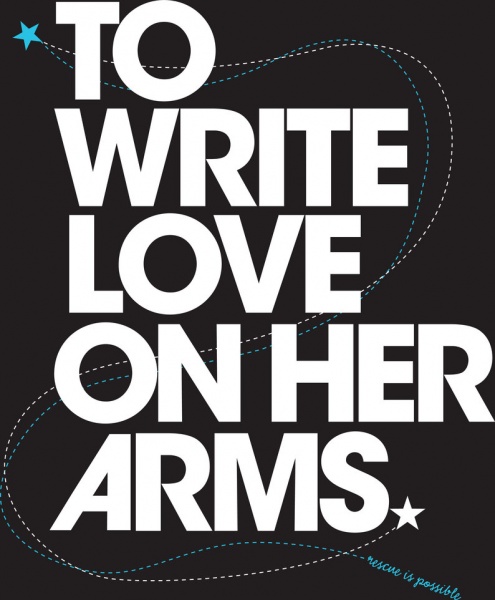 Chances are, if you had a MySpace or went to a rock concert in high school, you might remember To Write Love On Her Arms(TWLOHA). I know I remember seeing my favorite band members rockin’ their t-shirts to spread awareness for the organization’s cause. Intrigued by the shirts, I did my own research on the organization that so many bands seemed to support and instantly fell in love with it. I still have my first To Write Love On Her Arms shirt in my dresser, and it’s still one of my favorite shirts I own. In high school, I even helped organize a dance that raised money for TWLOHA (I still have the thank you postcard they sent me on my bulletin board after we sent in our donation!).

To Write Love On Her Arms has been around as long as I have been involved in my music scene, so this organization always had a special place in my heart because I feel like I grew up with it. When I found out I had the chance to catch up with one of the TWLOHA guys, Chad Moses, at Skate and Surf I made sure to grab an interview!

To Write Love on Her Arms is a non-profit organization meant to give hope and offer an outlet to people struggling with depression, addiction, self-injury and suicidal thoughts. Moses had been with the organization for quite sometime, and explained how the organization in itself is honest and combating isolation.

“It’s more than the issues of depression or suicide, it’s about not talking and not getting how you feel out in the open,” explained Moses.

The cool thing about TWLOHA is that they got involved in the music scene from the start of their organization. For me at least, it almost goes hand in hand to associate TWLOHA with the punk rock music scene. Moses talked about how the organization has had a tent at Warped Tour for the past seven years and Bamboozle for the past five. This was the return of Skate and Surf so this was TWLOHA’s first time at this festival.

“People, whether they’re struggling with something or not, turn to music as an escape,” said Moses “Music is the perfect example of community at its best.”

The purpose of having TWLOHA tent at festivals like Warped Tour, Bamboozle, and Skate and Surf is really to spread awareness of the organization and their efforts to the tight knit community that is the punk rock music scene. They also sell merch, where the profits go directly towards the organization.

In 2011, TWLOHA received a $1 million grant from Chase at the first-ever American Giving Awards (AGAs). This was a huge honor for the non-profit, and when I asked Moses what the organization did with the grant he explained the HEAVY AND LIGHT tour.

“HEAVY AND LIGHT started as one night in Florida, where we’d connect music and community,” said Moses. “But it’s sometimes difficult to get to Florida, so once we received this grant we wanted to take HEAVY AND LIGHT across the country.”

The HEAVY AND LIGHT tour offered a unique evening of songs, conversation, and hope to all its attendees. Each night was special in its own way, and I was lucky enough to attend the Philadelphia date. I left the Theater Of The Living Arts completely inspired and totally made the drive home from Penn State the same day worth it.

In closing, when we got to talking about State In The Real and the Penn State community, he expressed how lucky college students are right now. He explained how college is a bubble where you can do whatever you want and make your voice heard. Moses even had some words of advice to Penn State.

“Penn State has always been so kind to us and thank you for doing all you do,” said Moses “Regardless of what organization you’re passionate about or even just school in general, remember why you’re doing what you’re doing.”

For more information on To Write Love On Her Arms and how you can get involved check out their website here: http://twloha.com