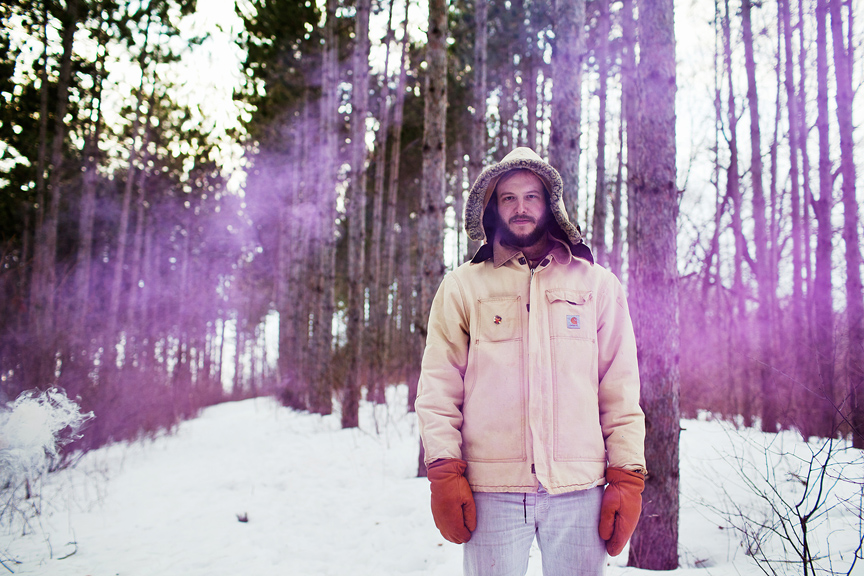 Even before I was a freshman at Penn State, I was warned about the harsh winter weather. I was told that by the time I graduated I would never want to see snow again. While this may be the way some feel, I’ve discovered a way to transform what could have been a long miserable season, into one of my favorite times at Penn State. All that I needed was the right soundtrack.

My musical winter jacket is the warm vocal styling of the Grammy award winning folk artist, Bon Iver. Led by singer-songwriter Justin Vernon, this band’s unique falsetto harmonies accompanied by simple rhythmic acoustic melodies complement the soft blankets of snow that coat the grass and trees around campus. This defrosting remedy works best after a freshly fallen snow, or on a quiet stroll at night downtown beneath the twinkle lights on Allen Street.

For best results try listening to the following off of his latest self-titled Grammy winning album:

If those aren’t keeping you warm, try one of the band’s tracks from their first album For Emma, Forever Ago

“For Emma, Forever Ago” – Take Away Show Version

“Flume”- A Take Away Show Version

“Lump Sum” – One of my Personal Favorites

And the stand by favorite “Skinny Love”

Add these songs to your winter playlist and fall in love with the winter weather at Penn State.