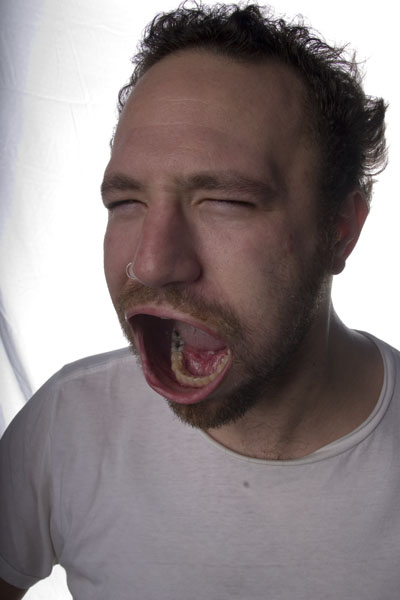 Critically acclaimed singer-songwriter and multi-instrumentalist Larry Hess has been around the block a few times as a musician. He began creating music at a very early age, and from that point forward immersed himself completely in the art. His first solo project in the 90’s, titled Radio Nine, lit up the NY underground music scene. With each subsequent band and project, Hess further molded his talent and musicality. Roughly two decades after Radio Nine, he’s created his most profound and musically diverse solo effort yet under the moniker of Calotype. Calotype’s debut release, Coastal Preferences, contains an entire slew of genres, melding folk, rock, and electronica together in whimsical and fantastic ways. Each track is a journey, weaving through misty acoustics and clicking electronics, Hess’ emotive vocals flowing with the complex instrumentation. From the burning backdrop and quiet hooks in “Cast Your Wild Eyes,” to the folk-house undercurrent in “Don’t Lie,” to the solitary softness in the title track, Coastal Preferences is a must-hear release. Stream the EP at his website here. 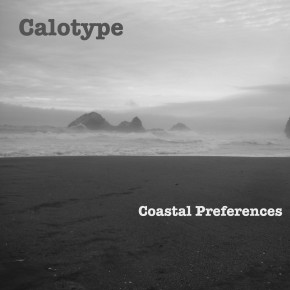 We had the opportunity to interview Larry Hess on his past as a musician, Calotype, and more. Check out the article below!

I was infatuated with recording before I ever learned how to play any instruments and I think that aspect still informs much of my music. From a very early age I was writing and making recordings. It wasn’t until much later that I focused on playing. I have gone through many stages as far as what I was into and what I wanted to make. I’ve been in punk bands, indie rock bands, I’ve made dance music, experimental noise, etc. I guess the singer-songwriter and electronic elements are the most prevalent in the Calotype project but to me, it’s mostly about experimenting with different sounds and instruments.

SITR: How would you describe your overall sound as a musician?

With Calotype I am trying to make something very crisp and clear. I’m obsessed with the quality of 1960’s and 70’s singer-songwriter records. In my mind what I’m doing is some sort of modern version of that by wsing more modern and distinct  lyrical themes and mixing up electronic and organic sounds.

SITR: You’ve been through several different projects and bands. Which one was your favorite?

Obviously what I’m working on now has to be my favorite or I wouldn’t be doing it. I really love the freedom of Calotype in that I can do it all myself on the recordings and I get to just focus on singing when we play live. and i can just trust the live band to do their thing. I felt that Hunters, Run! was a really special band that was much more than the sum of it’s parts. The Feud was special to me as it was a really interesting experience to have at a young age. I guess I love all of them for different reasons.

SITR: Which one was your least favorite?

SITR: What are your biggest influences, musically and otherwise?

It’s very hard to pick one. Every time I’m performing it’s better than anything else I’m going to do that day. I really loved the first time The Feud played at Lee’s Palace in Toronto. I really loved when Hunters, Run! played the basement of a house party in Indianapolis, and I really loved the benefit show that Calotype played the other day for an arts program for homeless kids in my neighborhood. It’s all the same to me, I guess.

SITR: What made you decide to begin the Calotype project?

When Hunters, Run! was making “Crows & Cranes” we had bought a lot of studio gear and had recorded the whole thing ourselves for the first time. When the band went on hiatus at the end of 2011 I decided I might as well use that gear to record some other stuff I was working on.  I had used the Calotype moniker for some remixing projects I had done previously, but this new material seemed to fit that name really well. I had released one single under the name a few months before and decided this would just be the new thing.

SITR: What was it like planning, writing, and recording the entirety of Coastal Preferences?

I wrote half of it at home in NYC and I wrote half of it in San Francisco.  I recorded the drums at our space in Williamsburg but that space wasn’t quiet enough to do the acoustics and all of the softer vocals I was experimenting with. I ended up doing 3 sessions with Alby Cohen at Rough Magic in Greenpoint. He’s great at getting very clean sounds and has some really amazing mics. I then mixed the whole thing at home. It was actually a really quick process even through there were so many spaces and studios involved. I think I wrote, recorded and mixed the entire thing in about 3 months.  It took 3 years to make the last Hunters, Run! record, so this seemed like light speed to me.

SITR: If you had to choose your favorite song on Coastal Preferences, which would it be and why?

I love “Cast Your Wild Eyes” because it was the first one I wrote for this and it convinced me that I could actually make the record myself. I think it’s the best recording and the arrangement of the bass and synth on the chorus really gets me.   Although I have some issues with the recording, I do think that the song “Coastal Preferences” is really my favorite song. It’s a very raw song that I wrote in about 5 minutes alone in a house in SF.  I have the tendency to labor too much on some songs. When something comes together as quickly as that did it really strikes me as something special.

SITR: What do you see in the future for yourself as a musician, in terms of goals?

I’ve been immensely lucky throughout my life as a musician. All I ever wanted was the freedom to put out whatever I want and to play whenever I want. I have a studio, I have a band and  I can book shows whenever I want. I don’t really know what else I could ask for. My vision for the future is just for it to continue and hopefully continually get more people interested in what I’m doing.

Do they have to be living? If not, I wish I could write songs for Roy Orbison to sing. I’d have Phil Spector produce them. It would be a really great, really weird time.

I have been working out a few new songs with the live band that I am planning on recording soon. I just got back from a longer than expected stay in New Orleans, where I wrote a bunch of new material. I think I’m going to L.A. in a few weeks and might demo some of that stuff out there.  I’ll be putting out either a new Calotype EP or full length early in 2013 either way.

Check out Calotype on his Twitter, YouTube, and website for more information and music, and purchase the album on iTunes here! Also, keep an eye out for more great music from Larry Hess in 2013!