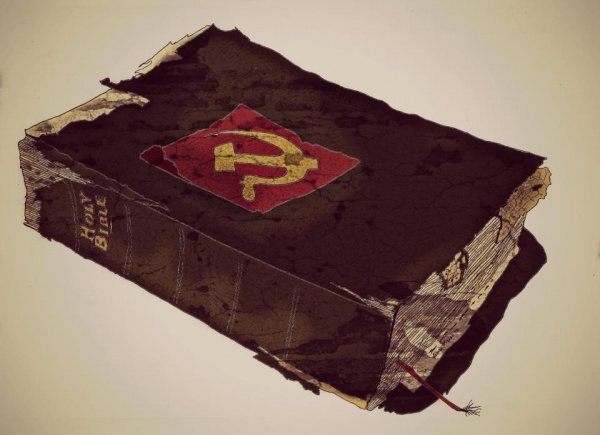 Local State College band, Soviet Bibles, self-released their newest EP two weeks ago, and it’s great. The EP clocks in at just over 16 minutes, but they pack the punches into that time. The four song EP is called Spanish Loyalist Songs. Soviet Bibles consists of  Alex Wypijewski (vocals), Michael Garrett (guitar), and Brian Wengert (bass). Luckily for you Penn State, they are giving their EP away FOR FREE on the Bandcamp. So head over to their site HERE and listen/download the newest from Soviet Bibles!