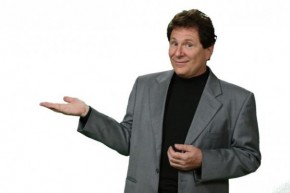 Tom DeLuca is scheduled to perform on Friday, February 3 at 10 P.M. in Heritage Hall as a part of SPA LateNight. This is a ticketless event. Students with a valid photo PSU id will be let in for free on a first come, first serve basis.
Tom DeLuca is a hypnotist known for his imagination driven shows. With performances across the country, DeLuca knows what it takes to motivate America to not only follow directions at the snap of his fingers, but to ‘imagine!’
After having earned his Masters in Psychology from the University of Illinois, DeLuca began working as a therapist and performing for local civic groups until finally honing his skills as a national stage performer. While travelling from state to state on his corporate tour, DeLuca was able to bring to life yet another benefit program: ImaginAction, which “teaches you how to re-train your brain and focus your imagination”. His spontaneous and warm personality has also frequently permitted him to be a guest on television talk shows. DeLuca will have you following his every command with this spectacular performance!