Chris Will
Mainstream Music, Music
Comments Off on Spring Break Out Acts of 2013: Charli XCX 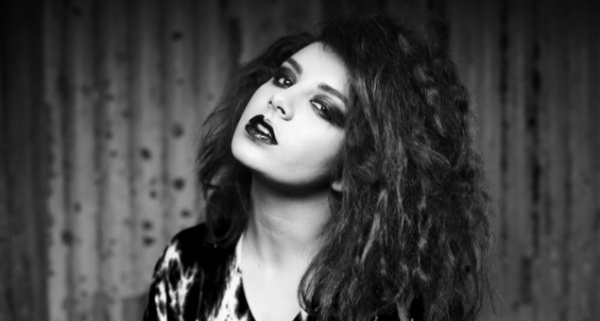 A thousand introductions could be written for up-and-coming pop star Charli XCX, and not one could do justice to the 20-year-old, ass-kicking femme fatale. Her records melt together MGMT and Lily Allen, with every glittering, husky synth dollop dripping off her angelic mewling like wax from a lit candle. Each track is unbridled pop paradise, the pristine composition and melodies tangling underneath a light blanket of static and distortion. She’s already made her mark in mainstream music with Icona Pop’s “I Love It,” for which Charli co-wrote and featured, but it’s her solo work that shines brighter than the sun.

Though Charli XCX’s debut album True Romance is still on the horizon, she’s ignited her exploding underground presence through two mixtapes and a slew of diamond-studded singles. Both Heartbreaks and Earthquakes and Super Ultra are mixtapes-going-on-albums, each stuffed with so many sweet records that they’re essentially the auditory equivalent of a sugar overdose. However, for those who are newcomers to Charli’s foggy and flirtatious sound, her singles are the best places to start your impending obsession.

“Stay Away” evokes a hazy atmosphere from its opening, suffocating every note of unabashed passion and pain. Because the somber songwriting is lost in the puffy, plush production, the paradoxical nature of the record is almost dizzying. Every sharp blow from Charli is softened, and even when she cries out “I knew you were no angel,” the harmonies are so pretty that she sounds more liberating than lacerating.

“Nuclear Seasons” takes you on a magic carpet ride through clouds of cotton candy synthesizers and soft, breezy hooks, as the 80s-style beat caresses Charli XCX’s glossy, auto-tuned harmonies. As with most of Charli’s tracks, there’s a brooding shadow lurking behind the pop sheen, as she twirls elegantly between love and longing.

“You’re The One” flaunts a decidedly bipolar sound, though the thematic elements are far more positive than with “Stay Away” or “Nuclear Seasons.” In the verses, brooding keys dip and wallow in the metallic percussion, while Charli’s adoration seems rooted in fear instead of fancy. But when the verse transitions to the chorus, the entire track lifts into a billowing sea of heavenly hooks, brought skyward through Charli XCX’s syrupy singing and innocent awe.

“You (Ha Ha Ha)” is Charli XCX’s newest single, sampling Gold Panda’s “You” with the squeaky vocal-synths as the core backbeat. The smokiness of past Charli XCX singles seems absent here, though distortion is still sprinkled lightly upon the chorus. “You (Ha Ha Ha)” shows the world more of a fun and mischievous side to the prancing pop kitten, as she mocks her former lover with a stiff upper lip and a snide sneer.

True Romance is set to drop on April 16th in the U.S., but be sure to support Charli XCX by purchasing her singles on iTunes. Pick up her two mixtapes as well, and join Charli XCX’s growing fanbase as she prepares to become mainstream pop’s newest and freshest icon.