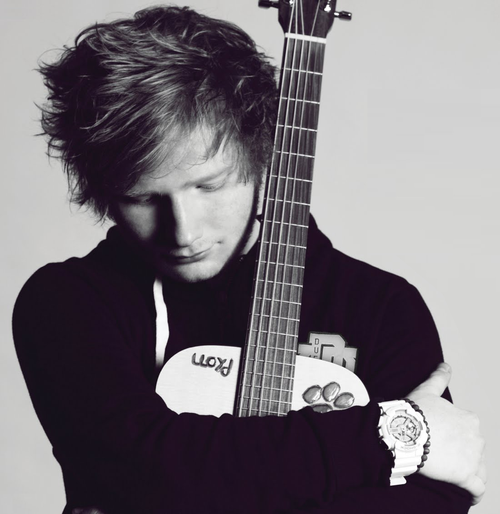 The musical artist I am currently thankful for is one of my favorite red-headed Brits, Ed Sheeran. He started playing the guitar at a young age, and soon after began writing original music. His early success allowed me to imagine a similar path for myself, inspiring my sister and I to follow our own dreams as aspiring musicians. Recently, we also began writing original songs, with lyrics that strive to capture truth and beauty. Meanwhile, Sheeran’s lyrics capture an essential realism, with words that are wise yet simple. I have been listening to his music for a little more than a year, and his songs never seem to get old. His first music video that truly grabbed my attention was for his song “Lego House,” a collaboration with another favorite British red head of mine – Rupert Grint. Grint plays a star struck stalker, having an obsession with everything Ed Sheeran. I too was a little obsessed, but in my case, it’s mostly with Ed Sheeran’s lovely music.

Ed Sheeran has also recently collaborated with one of my other favorite artists, Taylor Swift. They wrote a song together on Swift’s new album Red, “Everything Has Changed”. To no surprise, it turned out to be my favorite song off of the album. Sheeran is now going to go on Taylor Swift’s Red tour (beginning in March).