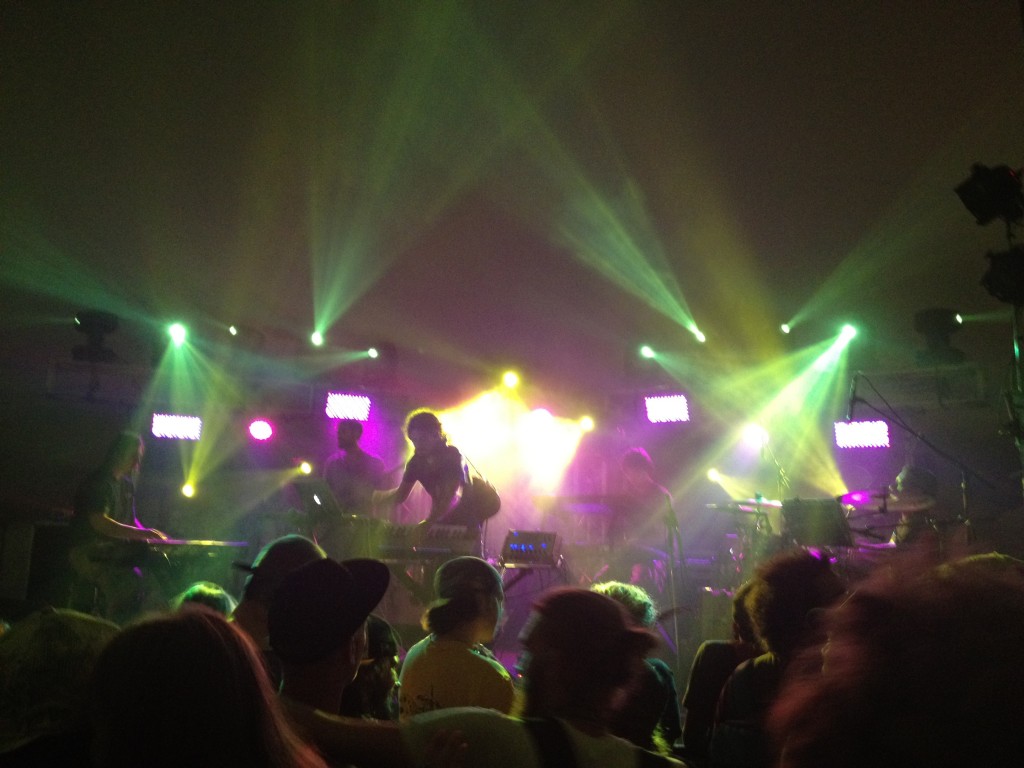 I was introduced to Papadosio, a livetronica trance fusion band, for the first time at All Good Music Festival in the summer of 2011. I wasn’t even supposed to be there, but it was a great experience. It didn’t really hit me then how amazing they are until I continued to listen to their studio recordings. I don’t know exactly when my obsession began, but it may be attributed to finding out about Rootwire Art & Music Festival (or RW2K12). I stumbled upon it somehow and bought tickets about a week later. I knew almost none of the artists featured on the lineup, but it was headlined by Papadosio, it included a lot of crazy art, and it cost a mere $75. I can say now that was by far the best $75 I have ever spent, hands down. I went knowing very few artists and left with a long list of people to look into; not only musical artists but visionary artists as well. Everything about that weekend was perfect, carefree, and inspiring.

This summer, my friends and I saw a total of six Papadosio sets at three different venues. So, yeah, it sort of became an obsession, but for a band like this, you’d have to be pretty crazy to pass up seeing them live. Anthony Thogmartin, the lead vocalist, is an amazing human being. At RW2K12 my boyfriend and I saw him walking around one of the art tents early in the morning. I approached him, extremely nervous, and thanked him for the band’s first set. His response? “No, you’re great, thank you.”

Okay, so that doesn’t seem like a big deal on the surface, but I think he was genuinely thanking me for just being there. During a later set, he warned the audience that he was beginning to lose his voice, and asked us not to laugh at him if it cracked while he was singing. I had to laugh right then and there because my first thought was, “yeah right, everything about you is perfect.” I got to meet him for a second time after his show in Pittsburgh, and I got a little emotional. He looked at me with the kindest eyes, gave me a hug, and continuously thanked me for my kind words. I’m convinced he’s one of the humblest human beings on this planet. Don’t believe me? Check out his Facebook status from a few days ago. 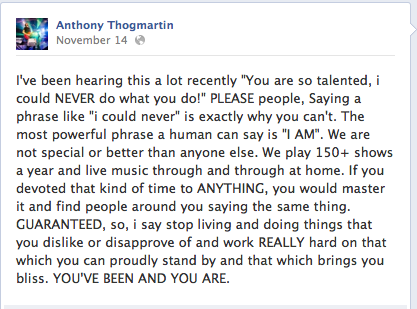 Everything about Papadosio is beautiful and encouraging. The guys also really make the connection between spirituality, music, and art, which is something I find intriguing. I don’t really understand the spirituality side of things, but it is evident that the band has a certain passion for what they’re doing because of it. If you listen to the lyrics of their songs, they’re chalk full of meaning, and that is yet another reason I am thankful for their existence. They’ve left me speechless too many times for me to be able to think otherwise. Their music has helped me out a lot recently, and I know it will continue to do so for a long time. They’ve released their new album, T.E.T.I.O.S. (To End The Illusion Of Separation), which features a bunch of my favorite songs like “Right Now,” “The Direction Song,” and “Method of Control.” Listen to the album for yourself, but be sure to purchase your own copy because it includes 20 songs, each with their own unique piece of artwork.