State In The Real Interviews Caleb Shomo from Beartooth 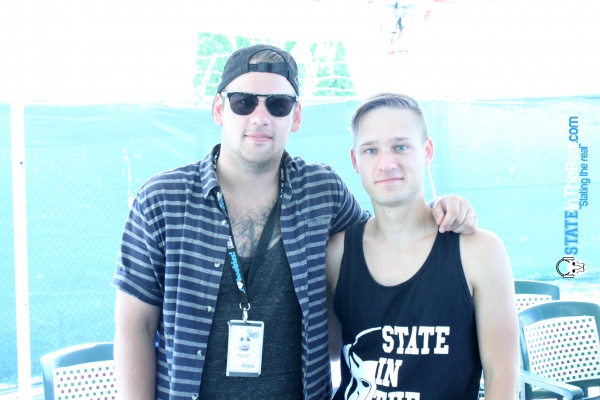 At the Holmdel, NJ date of Warped Tour 2014, we got a chance to talk with the lead singer of Beartooth- Caleb Shomo. Caleb was formerly the lead singer of Attack Attack! At the age of 21, Caleb has been in bands touring the world since he was 15 years old. His latest release, Disgusting, is a dark and very personal account of his struggles with mental health and how he has coped. The entire album is hard-hitting and in your face, combining aspects of multiple different metal subgenres to become one of the most interesting releases in the metal scene so far this year. Caleb sat down to talk with us about the new release, and how he has coped since the album came out.

I’m here with Caleb from Beartooth. What’s up Caleb?
Caleb: Just chilling out. It’s been a hectic morning, but I’m sitting down in the shade now so I’m cool with it.

What’s been hectic about it?
I woke up late because I for some reason decided to stay up until 4 in the morning listening to music and talking to my friends. Woke up late. It was a stressful time pushing all of our gear to the stage because security guards here- at least at the front door- were not happy about people walking through so we had to walk all the way around. Got our gear to the stage, found out I had some press to do, so I ran over here. Then I have to run from here straight to the stage and then to a signing. It’s a whole thing. But it’s good, it’s good. I’m fine with it.

It’s good to be busy.
Yeah I’d rather that than have nothing to do at all.

So how’s the tour been so far?
It’s been amazing man. Really good shows. The people that come to Warped Tour are just so excited about music, and that’s very refreshing. It’s just cool to have people excited about coming to shows.

How are you beating the heat?
Shirtless. Lots of water. Trying to find shade. You get used to it after a little while. My strategy is just go out and suck it up and get really sunburnt for the first three days, and then you get a base burn and hopefully that tans over. It’s a terrible way of going about it, but it’s how I’ve made my peace with the sun.

You released your new album Disgusting just a little while ago. How has the reception been so far with that? Have you found that people already know all of the words or are jamming to all of the songs?
It seems like- at least the ones we play live- people seem to know a good bit of, which is very cool. I mean so far from what I’ve seen online and from my friends the response has been very good. So I’m definitely happy with it.

With the new album, a lot of it was very personal. There were songs on there, like the last one, “Sick and Digusting,” one take-
Yeah, very personal stuff.

Very personal. I know the album was a lot about mental illness, and struggling with anxiety. Was there then anxiety or fear about releasing something so personal like that?
Oh absolutely. Insane amounts of anxiety about that. I still question whether or not I should have put it out. But at the end of the day, I’m happy I did because it’s an honest song, and that’s kind of the whole point of Beartooth in general- me being as honest as I can with myself. So I guess I’m glad I put it out.

Was there [an emotional] release after you put that out? Did you feel better a little bit, or no?
*laughs* I’m still not sure. We’ll see as time goes. But as of now, I mean, it doesn’t really bother me. Most of the time it’s just that, you know, we don’t really touch on that song very much, and we’re playing more of the happier songs on this tour to keep the vibe light. So it’s okay- I’ve been doing alright.

What advice would you give to people who are struggling with anxiety, stress, mental disorders, or anything like that?
I guess in my own personal discovery, I think more important than anything is really making a choice daily to wake up and decide to have a good day, because there’s going to be all these things that come at you that kind of mess with your head and mess with your day. But you have control over your own mind, and as much as there’s chemical imbalances and mental disorders that kind of bog you down, it’s worth sitting down in the morning and meditating for a minute and clearing your head and deciding that it’s going to be a good day. Get a lot of sun and a lot of exercise as well. That really helps.

I didn’t mean to put a damper on your day or anything, but thank you very much for talking with me.
No absolutely not. I’m having a great day. No problem, and thank you. 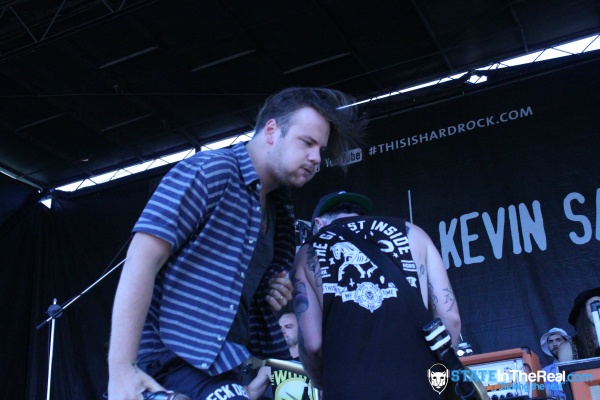