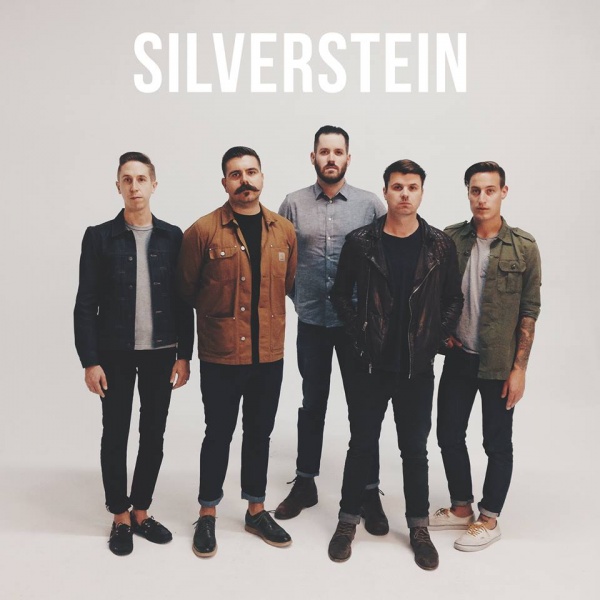 I’m here with Paul from Silverstein. How’s it going man?

Good man, how are you doing?

Pretty good. To start, you guys have a new album coming out called I Am Alive In Everything I Touch. Do you want to explain the title for the new album?

Yeah sure. We’ve got our new album I Am Alive In Everything I Touch coming out May 19th on Rise Records. The title is something we’ve toyed with for a long time because you want to name the record something good. It’s actually a quote from a Timothy Findley book, who’s a Canadian author, and I’m pretty sure a native of Toronto, which is pretty important to us because we’re all Toronto guys. It helps out with the concept, which I don’t want to get too much into, because we want people to explore that and connect with it in their own way. But it’s the idea of having a legacy through everything you’ve influenced and everything that you’ve been a part of, living on past your own human mortality. It’s something that’s a cool version of the afterlife that we think is lesser talked about and more important, even.

That’s definitely an interesting concept. So you personally have a very unique perspective on the band because you joined the band, which was already an established, veteran band in the scene. They already had a number of successful albums under their belt. So how have you tried to make your place in Silverstein on the last few albums, coming into a band that was so established?

Yeah it was interesting for me. I had been around Silverstein for a while. As soon as I got out of high school, I didn’t necessarily want to go to college right away, and they gave me a job touring with them. That was in 2008. I’ve been around ever since, so I’ve been a part of the family, I guess you could say. So when they needed a guitar player and they asked me I was like, “Yeah, of course.” They were re already my best friends, and I had already toured with them. It was cool because right away, they gave me the keys to the place and said “If you have any ideas you want to write, go for it. If you don’t feel comfortable, that’s totally cool too.”  I did feel comfortable, and I thought that, because I had seen them for so long and been a fan of the band, because we’re from the same hometown and they’re hometown heroes, moving forward and working for them and hearing all these songs, that by the time it was my turn to step up and write a song, I felt that I had a sort of unique perspective from outside to inside of what I thought was never tried that would do well with their sound, or things that had maybe been hitting too hard. It was really cool that they let me bring things to do the table. This Is How The Wind Shifts was received critically really positively, which was a huge relief because I was terrified for the month before that record came out. I was like, “Fuck, did I just ruin the best band from Burlington? What did I just do?” 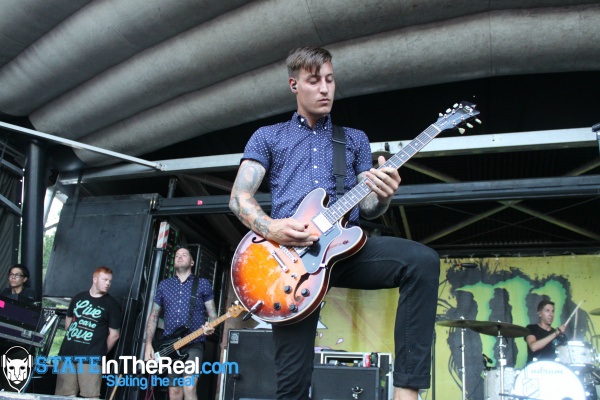 So now you guys are on the Discovering The Waterfront 10 Year Anniversary Tour. I read that you were a fan of the band back in the day and that you saw them perform the album right after it came out when you were 15 or 16. What did that album mean to you back in the day, since that was such a huge album in that scene, and a number of kids that age enjoyed it or were impacted by it?

So I’m 25 now, and that record came out when I was 15. I remember that they did a CD release show, back when a CD release show was a thing that every band did, at the local YCMA in the big gym, 1000 people in our small hometown. I was at that show, I remember. I don’t tell everybody this, but I wasn’t really a fan of that record when it first came out. I just sort of felt like they had just gotten too big, since they started as a local scene band, and this record was enormous and I couldn’t believe how big it was. I was young and I was like, “They sold out. Forget this.” But I quickly came around on it and it’s obviously such an influential record. It carried our local scene, which is a really important thing to me. I think it inspired a lot of people moving forward in different parts of the world. So to be a part of this tour now, as a fan of the record, to play these songs for people who are also fans of the record, I feel like I’ve got an even deeper connection for the fans at this point, because I went through what they’re going through- I get it.

First of all, your original feelings about the album are really funny. Second, that’s something I was going to touch on- how is it performing these songs? You were a fan, and now you’re performing the songs to fans that this may have meant a lot to. Or maybe they didn’t like it at first, and then became fans of it. But that’s certainly an interesting role to have.

Yeah, I mean we’ve got meet and greet packages on this tour, which we’re really happy to do. We love talking to and meeting fans, especially in this context, to see just what made them love this record so much. And nobody has ever told me that they hated this record and then loved it, so maybe I’m the only person in the world. It’s possible.

The tour is about looking back at the past 10 years and how the album and the band have had an impact on fans and the scene. What is your personal opinion on the band’s impact on the scene, since first you were a fan, then a crew member, and now a band member. It may be a little biased since you’re in the band, but you also have the perspective of watching the band from the outside for years. So what is the impact that you think the band has had, and will continue to have on this music scene?

That’s a good question. To me, the impact, without making too grand of a statement, the impact is almost immeasurable. I know that Silverstein wasn’t necessarily the first band to do this type of music, but they certainly were the “crest of the wave” with a couple other bands. Victory had a lot to do with that style coming up over a decade ago. But, we’ve definitely toured with so many bands, even in my short time touring with them since 2008. I mean that’s not that long, but I remember we had tours where A Day to Remember opened the tour, and then one where The Devil Wears Prada opened the tour, and Pierce the Veil opened a tour. These bands are enormous bands now, and I feel like we helped give them one of their first tours. Even that right there is kind of a crazy thing. I don’t know, it’s neat. 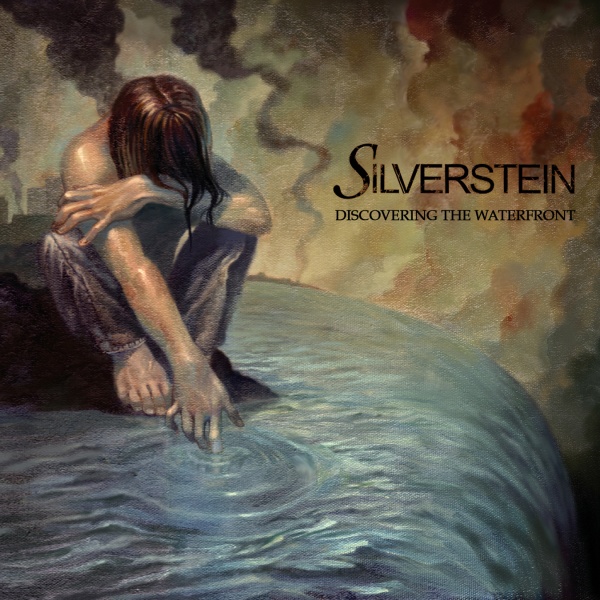 And especially since you were saying that you guys may have not been the first to do this, but the band itself has been one of the longest lasting bands in the scene. A number of bands that were doing this back in the day have broken up, or took some time off and are now back together. But Silverstein has been pretty consistent over the years, which is pretty crazy.

Yeah, like clockwork Silverstein puts out a new record every two years. We basically do 6 months off to record, then tour for 18 months. I’ve only been doing that for 3 years now with being a part of the whole process. It’s exhausting. I’m just really proud of my friends. It’s an incredible thing to be doing this for so long because it’s not an easy life and you’ve got to work so hard at every turn just to keep yourself relevant in the scene, and just to keep yourself on tour. It’s an expensive and exhausting life.

Something else that you mentioned I wanted to touch on. A number of the bands that you’re bringing on this tour are younger, or at least not as well known. Is that something that the band likes to do? Do you like to bring younger bands on the tour and either help get them more well known, see what they’ve got, or try and teach them anything, or does it just happen that way?

We definitely hand pick all of our support on every headlining tour. That’s something we care a lot about. So it’s a lot of things- you hear good things about the people. You’re going to spend 40 days or 45 days with them. You want to spend those 45 days with people that you get along with, and you want to believe in the band. Especially on this tour, as it’s so heavily rooted in nostalgia, but we’re also looking ahead to the future because we’ve got this new record coming out. So we don’t want to just pick a bunch of bands for the tour that were popular 10 years ago and that’s it. We’re moving forward so we’ll give you a taste of the old stuff through the whole record, but let’s not forget about the future, you know?

Is there anything else you want to say?

Nope. It’s been a pleasure, thanks.

Catch Silverstein on their Discovering The Waterfront 10 Year Anniversary Tour, pick up their album I Am Alive in Everything I Touch, out May 19th on Rise Records, and check out their new single below!